Ask Holly: My dad might be posthumously about to end my career as prime minister

It looks like my dad might be posthumously about to end my career as prime minister. How annoying. Do you think a new career making artisan chutney might be a good idea?

Don’t worry, everyone’s dad is rubbish and embarrassing sometimes. They don’t mean it. They genuinely believe that it’s okay to dance like an idiot to the Kaiser Chiefs in front of all your school friends and bore everyone to death with stories about raving in the Slam tent at T in the Park once about 15 years ago. Just be careful if your dad starts growing an interesting beard and considering getting a tattoo sleeve because then you really are in trouble. 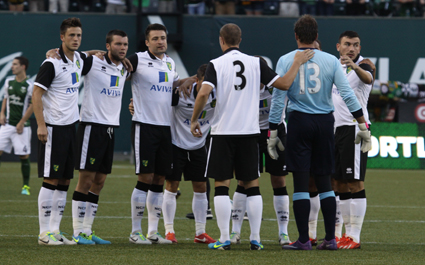 THE so-called ‘Little seven; teams of the English Premier League have held secret meetings to discuss forming their own Mediocrity League.

The teams, said to include Norwich City, Sunderland, Newcastle and West Bromwich Albion among others, have felt for some time that the rest of the Premier League is too good for them and they should just play each other.

A Norwich City source said: “They say being beaten builds character but you should see the state of our character. It’s been eroded to a stub through countless drubbings and thrashings, to say nothing of the spankings.

“What we’re proposing is a league for us middling clubs, not quite bad enough for the Championship but way off Europa League standard, always bottom of the bill on Match Of The Day.

“We’re all much of a muchness, none of us much cop, which would make for some pretty exciting 0-0 draws for the discerning footballing purist.

“Crystal Palace v Norwich. Norwich v Sunderland. Newcastle v West Brom. These are the games that showcase English football as it was meant to be played; strong clearances into the stands, nervous back passes, shanked misses from point-blank range.

“I can almost hear the true English football fans salivating at the prospect.”