Ask Holly: Should I give mental Mumsnet ladies a taste of The Balls?

I always suspected that my meaty jaw, toupee-looking hair and testicular surname made me the sexiest man in the Commons, and now all those mental women on Mumsnet want some of my slow burning love. Should I jack in this MP malarkey and join the Chippendales to give these riotous ladies a taste of The Balls they’ll never forget?

You should certainly never be a teacher with a name like that. We had a supply teacher once, called Angela Clutterbuck who was stupid enough not to change her name before entering a classroom of ten year-old children. By the time she moved on she had endured considerable psychological damage and, after a period of recovery, is now operating under a different name.

Clampdown on nuisance calls from relatives 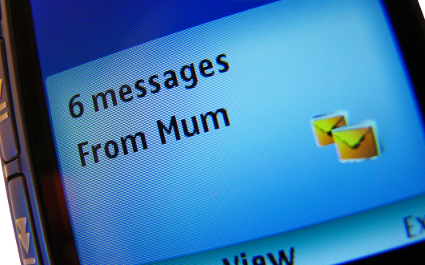 REGULATORS have announced a clampdown on unsolicited phone calls and texts from family members.

With 60 per cent of people saying the thought of speaking to their mother makes them afraid to answer their phones, Ofcom are imposing fines of up to £50,000.

A spokesman said: “Sadly, if just one call in a thousand is answered that’s considered a worthwhile ratio for these relatives.

“And once they’ve got you on the phone they refuse to let you go, asking intrusive questions about your daily habits and financial situation.

“We’re working to stop them, but be warned that they may resort to visiting to your home.”

Tom Booker of Swindon said: “I can’t go to the cinema without coming out to find another six texts telling me I might be entitled to a roast dinner at Auntie Mary’s this Sunday if I’d just give her a call.

“I wouldn’t mind if there was a chance of any money at the end of it, but it’s just a scam to get you to call back.”