Ask Holly: That odious cretin is a major investor in Lapland

I’m in a predicament. You could call it a conflict of interest. I really should put Donald Trump on my naughty list, because he is an odious cretin who says dreadful things. However, he is a major investor in Lapland, and we made him an honorary elf a few years ago because he funded a brand new top-of-the-range sleigh. It really is a cracker. What should I do?

What I don’t understand is there’s a big ugly man with REALLY silly hair who’s got a name which means ‘fart’ and no-one is laughing. All the grown ups are saying he could be King of America. Have I missed something? 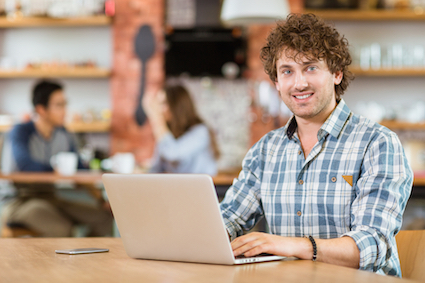 A MAN has asked his friends to give their honest opinion on his utterly dreadful short stories.

IT consultant Martin Bishop has urged friends not to ‘pull any punches’ over his atrociously written, unoriginal and often deeply offensive work.

Friend Nikki Hollis said: “My fair and balanced opinion of his fantasy story ‘Ice Lords of Norderos’, would be ‘this is fucking shit’.

“I’d be forced to add that it’s 100 percent derivative guff, the bit where Queen Malthusi has sex with an entire platoon of guards to get the magic amulet is incredibly dodgy, and ‘dragon’ only has one ‘g’ in it, for fuck’s sake.”

She added: “Maybe I’ll tell him it would work better as a novel. That could take years.”

Best friend Wayne Hayes said: “He sent me something called ‘The Chronos Vortex’, which I believe is unique in the time travel genre because it involves building a time machine to prevent a mountain bike being stolen.

Bishop said: “All authors need to learn to accept criticism, although I doubt anyone will be able to find anything wrong with my story about a man who doesn’t realise he’s a ghost but then it’s all a dream.”