Dear Holly,
I’m worried about my son’s behaviour. He wipes snot on everything, dribbles profusely and laughs at his own farts. How can I ensure his manners improve a bit before he becomes King?

Dear Catherine,
Unfortunately, boys are made from slugs and snails and puppy dog tails, and there is nothing you can do about it. Brace yourself, because it will only get worse – by the time he hits puberty he’ll be armpit-farting the theme tune to Eastenders and flicking bogies at anything that moves. But it’s not all bad. Boys might be gross, but they are really good at some stuff that girls are rubbish at, like precision weeing and throwing spit bombs and making a realistic noise of a machine gun with their mouths, talents that our current female monarch sadly lacks, as far as I am aware.

Cornwall to celebrate new status with disgusting amount of cream 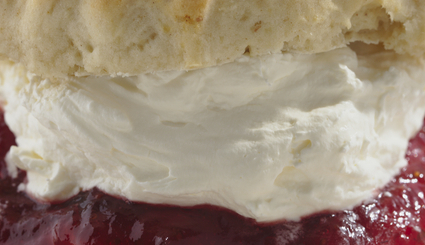 CORNWALL will today celebrate its new minority status with an unstoppable deluge of fresh cream.

The county has been granted official EU recognition for its persistent weirdness, in what campaigners hope is the first step towards extremely unusual independence.

A Cornish Nationalist spokesman said: “We envisage a country where people will pay £2m for a pokey house with a tiny garden built on the side of a hill, but with a spectacular view of the approaching rain clouds.

“We will hate those people passionately and they will hate us, but we will all eat cream together.“

Meanwhile, enormous cream lorries are winding their way through the Cornish countryside, with the first due to arrive at its destination in October 2017.