Dear Holly,
I could just kick myself. You know that annoying feeling when Nigel Farage says that EU migration is a big problem and you can’t think of anything so you just say “meep”. And then there’s a referendum and people vote Brexit and then a few months later you’re watching Antiques Road Trip with tea and a ginger nut when suddenly it comes to you – what you meant was “let’s formally investigate this issue and use our findings as an evidence base on which the British public can make an informed, reasoned decision.” Do you reckon I got away with it?
Amber,
Westminster

Dear Amber,
If someone is saying horrible stuff to you and you’ve been playing too much Minecraft on the iPad to articulate a witty retort, wipe a bogie hastily on their arm then sharply pull their Spider-Man underpants up as high as you possibly can until they are crying for mercy. Eventually you can let go and look down with disdain at them, snivelling and writhing around on the ground, this playtime’s victim. No words required.
Hope that helps,
Holly 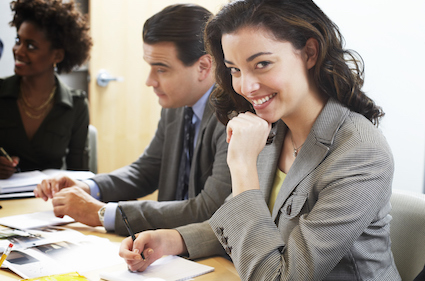 A WOMAN in a meeting decided to make some notes before her colleagues figured out she had not not been listening to a word that had been said.

Emma Bradshaw, who is not entirely sure what her job is, was in a meeting about something or other when she noticed people were writing stuff down.

Bradshaw said: “I thought, ‘shit, I better look busy’. So I wrote ‘more, more, social media’ and then smiled to myself.”

Bradshaw then sat with her pen in her hand for the rest of the meeting before writing down her five favourite albums.

She added: “’Jagged Little Pill, 21, that Pulp album that Common People was on, The Best of Crowded House and the soundtrack to When Harry Met Sally.”

Bradshaw’s boss, Mary Fisher said: “I like to see people writing stuff down in meetings. It proves that they’re terrified of being sacked and thus will do my bidding on a wide range of other, non-work related matters.

“Like Emma, for example. She’s going to procure a colourful assortment of recreational drugs for me and if she doesn’t I’m going to ask to see her notes from the last meeting.”