I’ve been a bit naughty and experimented with some recreational substances. Although I’ve now sorted myself out and ‘got clean’, I worry that people will think I’m just a bit of a tit without half a gram of ching shoved up my nose – unless I’m off my tits I’m liable to burst into a vomit-inducing Disney song at any given moment.

We’ve all been there. You start off with a few Ribenas before Brownies and next thing you know, you’ve eaten a whole packet of wine gums and most of a Wham bar, and you’re talking absolute nonsense and offering to give Brown Owl a head massage. You might think you’re the life and soul of the party by attempting a vigorous and ironic breakdance to Taps but if you want to be allowed back next time, you’d better get your act together, pronto. 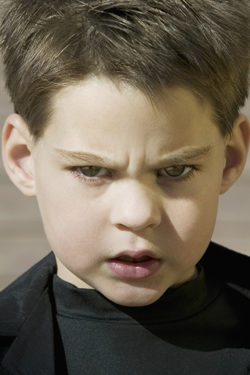 SCHOOLCHILDREN are happiest when making other children unhappy, it has been claimed. The scientific term for it is ‘evil’

Research into the happiness of school pupils found they were most contented when being deeply unpleasant to their peers.

Child psychologist Donna Sheridan said: We expected pupil well-being to be based on factors like whether they were intellectually stimulated by lessons, but in fact it was mainly to do with inflicting pain.

The quality of teaching and the school environment are of literally no concern to children as long as they can stick compasses in each other or force smaller children to repeatedly say I am gay while punching them.

Psychological cruelty was also important. We found pupils were most eager to learn after spending several hours taunting a child who was overweight or had some other physical difference from the main group.

The main conclusion is that kids really are little bastards who should be kept in solitary confinement until they are old enough to do a job.”

Primary school pupil Stephen Malley said: I like it when the teacher gets us to paint pictures of our mummy and daddy, and when we all kick Liam Thompson until he starts crying and wees himself.

However secondary student Nikki Hollis said: As you get older, hitting people starts to feel wrong.

Thats when you move on to really fucked-up mind games, like all pretending to be friends with someone and then completely ostracising them for the next three years.