What started out as a novel marketing ploy for my television series has taken a surprising turn, and now it seems I am staring fatherhood in the face. I have no idea how to be a dad unless it involves smoking heavily and being a bit of a prick. Can you help?

A girl in my class, Olivia Faulks-Pastor, has two lesbian mothers, and she reckons she doesn’t need a dad, because men are only useful for the first bit (whatever that is – we find out in biology next year). But what I want to know is, which of her mums has made the effort to teach themselves to dance at weddings like a total div? It’s hard to leave your dignity behind like that, and such a deep level of idiocy can’t simply be learned, it must be innate. And as far as I can see, Olivia’s two mums are both cool and buy all their clothes from  Diesel and Ted Baker. That’s fine, but in order to give Olivia exposure to the essential dad experience, one of them is going to have to start getting jumpers and slacks from Marks and Spencer’s Blue Harbour range. The male role in child rearing may well be under threat in these modern times, but nothing can erase that specific and dreadful aroma that occurs after a dad has spent 20 minutes in the toilet. 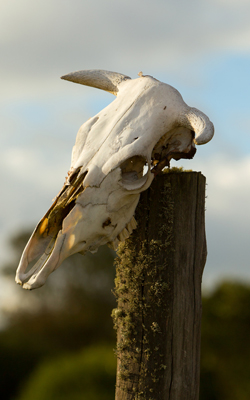 CHILDREN without a primary school place are being sent to live on an island without adult supervision.

Gove said: The children have already organised themselves into two groups, the Weak Little Piggies and the Skullface Comanche Hunters, probably in order to play traditional competitive sports.

A coastguard pilot reported seeing cage-like structures on the beach, which are probably half-finished huts. He also saw a large game of cowboys and Indians going on, with children chasing each other across the island with homemade weapons.

This is real Swallows and Amazons stuff. Last night they built an enormous bonfire and the screams of excitement could be heard on the mainland.

Parent Donna Sheridan said: I was mortified when our daughter Lucy couldnt get into the local primary school, so thank God a place on the deserted island came up.

We were worried she might not fit in, but when we spoke to her on the phone she said she was Chief Interrogator of the Flesh Eaters now, so it looks like we neednt have worried!

Father-of-two Tom Logan said: I was a bit concerned when I got a text message from my son Kevin mentioning that the former school bully had been made into shoes.

But at least hes getting some exercise instead of sitting in front of that blasted X-Box playing violent video games.”