I’ve been on jobseekers since leaving school, and never really had the inkling for work, but I notice the top job is going at the BBC. Considering I do practically nothing but watch TV, I feel I would be perfect for the position. Granted, I do tend to watch ITV, but I’m a big fan of Fiona Bruce, if you know what I mean. Do you think I’m in with a chance?

I think you should go for it. Why should you be discriminated against, just because you’re useless? At my school, we have a gender neutral policy, which means gender plays no role in any of our daily activities. So we have unisex toilets, and unisex uniforms, and no-one is allowed to laugh at Cindy Spigot for having two mummies. As a result of this rule, Oliver French has been selected to play the role of Mary in this year’s nativity: he argued that if girls got the part of the three wise men then why not let a boy play a girl’s role. Despite our gender neutral policy, the teachers were initially unsure about letting him because of what happened the year before when he method-acted as a donkey and did a little poo on Joseph’s shoe, but they decided to give him the benefit of the doubt. 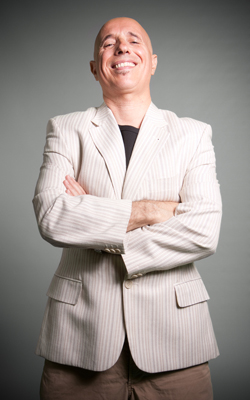 THE middle class would collapse into self-loathing without frozen food store Iceland to look down on, it has been claimed.

Researchers at the Institute for Studies found that mocking the cheap food outlet provides a vital ‘release valve’ for the reasonably well-off.

“The mockery is especially focused on the Iceland party foods range such as Mini Pink Custard Slices, Lasagne Bites and King Prawn Rings.

“Clearly anything called a King Prawn Ring is funny. But why has Iceland has become an obsession among society’s Waitrose tier?

“Our study found that middle class people are absolutely riddled with insecurity. They can barely make a hot drink without having an emotional crisis about the semantics of loose leaf versus tea bags, and the carbon footprint of turning on the kettle.

“Iceland is a safe anchoring point, something that can be ridiculed freely because it’s ‘unhealthy’ and not associated with a particular ethnic group.”

Architect Julian Cook said: “They have something called a ‘Mini Loaded Potato Skin’. Oh my god, I wouldn’t give that to my dog, it looks like a tiny UFO with leprosy.

“Thanks Christ it exists though, otherwise how would I know I’m better than millions of people?”