The other night I went to a Margaret Thatcher death celebration party and it was loads of fun.  However, I can’t help feeling slightly guilty about the whole thing. What can I do to make myself feel better?

Apparently, if you are under thirty you can’t begin to understand about Margaret Thatcher, but actually I know loads about her and I’m only 10 and three-quarters. For example, I know that she invented the Poll Tax, the bouffant and Seasonal Affective Disorder, and went through an extended and bitter custody battle with Dustin Hoffman over their son Billy. Had she not been a politician, Maggie would have made a marvellous headmistress due to her satanic demeanour. She would always be confiscating people’s marbles and football stickers, closing down the tuck shop and generally making children cry. Who cares how many poor kids go without a Milky Way as long as she comes top in the school league tables and the staffroom toilet gets a Dyson Airblade?

However, Margaret Thatcher wasn’t all bad: even though she was awarded full custody she did eventually let her son go and live with Dustin when she realised he made better toast than she ever could.

Organs really up for being donated 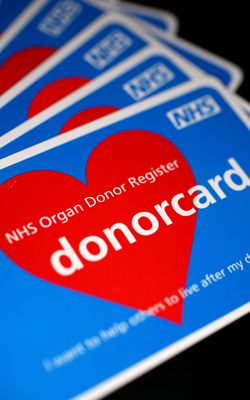 BRITAIN’S organs are very much in favour of being donated.

The country’s organs spoke out after it emerged that the UK still has some of the lowest donation levels in Europe.

Liver Tom Logan said: “I don’t want to die any more than you do, that’s why I’m in favour of being transplanted.

“There’s a lot of filtration in me yet. In the right body, preferably not anyone Scottish, I could go another 50 years.”

36-year-old lung Emma Bradford said: “Lately I’ve been thinking about my own mortality, and decided I would make a great second-hand organ.

“Ideally I’m looking for a non-smoker.”

Research by the Institute for Studies found that the main reasons for not joining a donor register were general cowardice and fear that body parts could be used by bored doctors in an ‘organ fight’.

Professor Henry Brubaker said: “It’s like a food fight. The surgeons are just working away when someone shouts ‘organ fight!’ and suddenly they’re all lobbing spleens and colons at each other.”

He added: “That doesn’t actually happen.”