My husband was a complete bastard to Kathleen Turner

I’m having a bit of marriage trouble and at first I was blaming myself, but now I’ve decided it’s all my husband’s fault. He wants everyone to think he’s like the swashbuckling rogue from Romancing the Stone, but these days he’s more like the mentalist from Falling Down. If you don’t believe me, watch forgotten 80s romp, The War of the Roses. He’s a complete bastard to poor old Kathleen Turner; poisoning his beloved dog was a coup for women’s rights if you ask me.

It’s good to hear from another advocate of feminism, because votes for women are at an all time low in my school. It seems that trying to incorporate some twerking into our annual harvest festival was a bad idea. Thankfully the vicar has agreed to come back and see a revised version, minus the suggestive squatting movements and provocative jiggling, when we’ve all had a chance to reflect on the incident.

Being a chef actually pretty easy 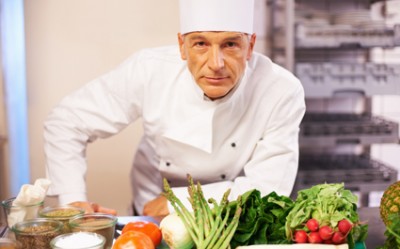 BEING a chef is not as nearly gruelling as chefs claim.

Chef Tom Logan admitted that despite the obsessive machismo of celebrity cooks like Gordon Ramsay, the work is not especially manly and could even be done by a child.

Logan said: “Food isn’t heavy. Have you ever struggled to pick up a piece of bacon?

“Sure, sometimes you need to be quite strong to get the lid off a jar, but if Jamie Oliver reckons it’s hard work stirring a cake mix, I can only conclude that he must be incredibly weak.”

Logan added: “Then there’s all this bollocks about long hours. If you’re working in excess of 80 hours a week, either you haven’t got enough staff, or maybe you’re just shit at cooking.

“It’s not even that pressurised. If you bugger up a risotto, you just make a new one. You can’t do that if you’re an air traffic controller and you’ve just crashed a load of planes into each other.”

However fellow chef Wayne Hayes disagreed: “What tires you out is all the shouting and generally acting like a twat. Plus you have to threaten people. The food doesn’t come out right if you don’t threaten people.”