My old pal Roy Keane isn't talking to me

For some reason, my old pal Roy Keane isn’t talking to me. I’ve left several voicemails but he’s clearly blanking me. The other day I’m sure I saw him giving me the victory sign in Asda, but I can’t be sure as I’d left my glasses at home. I can’t for the life of me think what his problem is.

You need to be careful what you write about people, especially if it’s in a personal notebook with ‘Top secret diary’ written on it and you’ve accidentally dropped it in the playground. Because if this were to get into the wrong hands, you might find that the entire class is suddenly aware of your dreadful bum problems and is waiting with anticipation to hear the next instalment about your conflicting feelings when you watch films with Keira Knightley in. 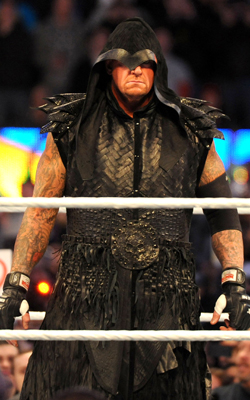 A COMPLETE list of your future master’s newly-appointed guardians.

The Undertaker  Charismatic Wrestlemania champion will teach the young Prince to deal with conflict head-on and provide him with a valuable example of how the undead live, which will be useful from about 2039 onwards.

Michael Corleone  The original and best, a traditional godfather who will guide the Princes hand in matters of diplomacy and mercilessly crush his enemies.

Benedict Cumberbatch  America’s idea of what a posh person is like will be able to educate George in how to winningly portray a person from a higher social class without being a complete braying irrelevance.

Galactus  The Devourer of Worlds, who can imbue his chosen Heralds with the Power Cosmic, is an old pal of Williams from St Andrews University.

Jennifer Lawrence  The Oscar-winning actress has signed up to play the part of Kates schoolfriend Emilia Jardine-Paterson, who was replaced after scoring badly with focus groups.

Pete Doherty  The Duchess of Cambridge’s favourite 00s indie performer will provide first-hand experience of the British justice system, our punitive penal code, the failing war on drugs and life in the age of Dickens.

Arm Holdings  Cambridge-based microprocessing giant behind the smartphone revolution has paid a reported £220million over 18 years to be a godparent to the new Prince.