Having just watched the new John Lewis Christmas advert I have realised people don’t need me anymore: they just want to worship their false consumer Gods and edit out the last shred of traditional Christmas spirit to make way for cute woodland creatures accompanied by Lily Allen singing a Keane song. Satan truly has vanquished the Earth. So I’m considering a career change: Mayor of Toronto or Head of the Cooperative Bank seem to come with good perks. What do you think?

You should probably see your school careers officer so you know what direction to take. And don’t worry, these days, the system’s not all geared towards academia. When you first arrive you’ll be given a short interview, asked to complete an aptitude test and then your future career will be revealed. For a dramatic edge, our careers officer likes to set ‘the reveal’ to climactic pop music: anything by Snow Patrol or Adele and you’ll be trotting off to study Sports Science at Loughborough University, but if you hear the intro to I’ll Stand By You by the Pretenders then you’re looking at a part-time job in Costa for the forseeable future.

Science mostly made up 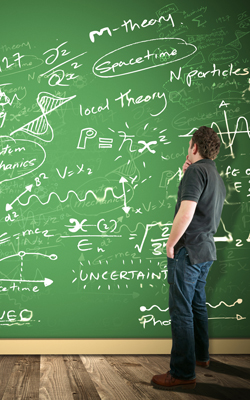 MOST scientific discoveries are fabricated in order to get money and fame, a scientist has revealed.

Physicist Professor Julian Cook said he and fellow scientists invent all their findings in order to get grants and BBC2 series.

Professor Cook said: Take that story about DNA evidence showing that early Homo sapiens went around having rampant sex with other species.

“Theres no way you could find that out just using a bunch of bones. Even Poirot couldn’t do that.

So you just look at the bones and go ‘mm – shagging’. Suddenly youre all over the newspapers and on telly, the moneys rolling in and youve got a wardrobe assistant asking you which blazer and jeans combo you want to wear on Jonathan Ross.

Real science is incredibly boring, so its better to claim that a giant meteorite is heading for earth, or that killer robots are going to take over.

“Theres no way youre going to meet Fiona Bruce if you’re just looking at microbes through one of those little desk telescopes.

Science historian Mary Fisher said: Sir Isaac Newton made up gravity because he wanted to be famous but wasnt any good at singing or acting.

The world is actually fully of tiny sucking creatures that keep everything stuck to the floor, but you don’t want to know that because it’s rank.

She added: “Most human ‘knowledge’ is just a form of theatre. For example Brian Cox only has one GCSE in woodwork, his main credentials are memorable hair and a pleasant manner.”