I am ecstatic that Kate Middleton is up the duff, mostly because it means that lovely slender tummy of hers is going to become a flaccid sack of stretch marks. Serves her right. Don’t you just love the wonder of pregnancy?

I’m a little bit confused about the whole ‘pregnancy’ thing myself, to be honest. My granny’s always telling me babies are delivered by a stork, but this doesn’t explain why Kate has ended up in hospital. Even a fool must realise she’s in hospital because Prince William has done something dreadful to her. Amanda Sullivan’s mum works in Boots so knows all about that stuff, and she told Amanda that Wills put his penis into Kate’s vagina. None of us know what those things are but I’m guessing they’re fashion accessories. You can probably get a nice vagina from Dorothy Perkins, and no doubt Halfords and Maplins have a decent range of penises of various sizes and functionality. If vaginas are anything like handbags, I expect the current trend is for something oversized and with a chunky zip.

Lots of lazy bastards have jobs 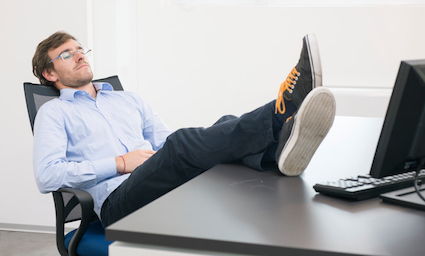 THOUSANDS of bone idle people have full-time paid employment, it has emerged.

As the government once again backed ‘hard workers’, lazy employed people have been left wondering where they stand in all this.

“Thanks to technology I can do the minimum required amount of work quickly, then spend the remaining six hours looking at music and pornography websites.

“Occasionally I have to give my subordinates a bollocking for behaving exactly as I do, but that’s about as stressful as it gets.”

Professor Henry Brubaker, of the Institute for Studies, said: “The inference seems to be that unemployed people are ‘shirkers’. But doing a job is often less hassle than trying to get one. Especially if you’re some sort of office manager, which basically amounts to babysitting adults.

“The government also champions people who want to work hard. But these people do not exist.

“Humans like booze, cake, telly and sex. They’re a bit less keen on busting their arses.”