Should Fiona Bruce’s eyebrows be on my list of what’s wrong with Britain?

Dear Holly,
I’m just perfecting my leadership manifesto, where I am going to tackle the five ills of 21st Century Britain. They are: hipsters; people who use hashtags on Facebook; Brooklyn Beckham; referring to another individual as ‘bey’; alcoholics masquerading as ‘craft beer enthusiasts’; and any idiot who cannot grasp the simple rules of apostrophisation. I feel deep down that Fiona Bruce’s eyebrows should also be on the list but she is probably a bit too 20th century. I can’t decide – can you help?
Jeremy Corbyn
Westminster

Dear Jeremy,
If I was PM, the first thing I would do is abolish mathematics, and all maths teachers because they are completely pointless now we have calculators and computers and I can’t see why anyone hasn’t thought of this before. It’s a massive scam and must be stopped for the good of society. All maths teachers could then be tried in The Hague for crimes against humanity and locked in prison where no poor child will ever get blasted with their rancid coffee breath ever again. And also free pick n mix for EVERYONE.
Hope that helps,
Holly 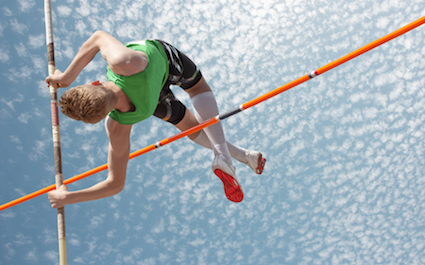 RUSSIA is to host an alternative Olympic Games where drug use is obligatory.

The terrifying nation is planning an athletics event where it promises more world records will be ‘crushed’ than ever before.

A spokesman said: “You want to see a man run faster than a greyhound? To watch hurdlers take them two at a time? To see a pole vaulter who needs a parachute?

“Come to Yalta and see what the human body is capable of when unchained from effeminate, Western regulations.

“Warning – some athletes may explode.”