180,000 new Labour members thought they were getting Beyonce tickets

THE 180,000 new registered Labour supporters thought they were buying exclusive front-row access to a Beyonce gig.

Tens of thousands, after hearing there was only a two-day window for registration and prices had gone up by 733 per cent, naturally assumed it had to be for tickets.

Beyonce fan Donna Sheridan said: “If you’re being ripped off this severely, it’s for a gig.

“So when I heard the £25 wasn’t even for full membership but only the opportunity to show my support I entered my card details immediately and checked the small print later, though I was slightly suspicious when there was no processing fee of £12.95.

“Who the fuck is Jeremy Corbyn? Does he even slay?”

A Labour spokesman said: “All our new supporters should realise that while Jeremy is very much a political Beyonce, Owen Smith isn’t even a Kelly. 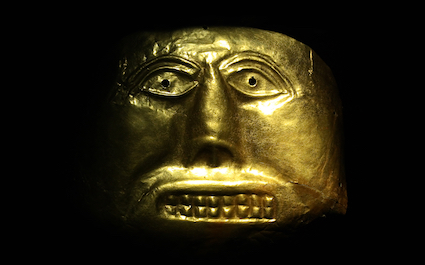 A SOLID gold South American idol, lost for 1,600 years, has been found unexpectedly in the self-service bagging area of a Swindon Tesco.

The pre-Columbian object, with an estimated value of £220,000, was discovered yesterday afternoon by shopper Joanna Kramer when picking up a few groceries.

She said: “I was scanning my stuff  when up it pipes with ‘unexpected item in the bagging area’, which obviously I assumed was a bag, as usual.

“But it turned out to be a mask of beaten gold created by a sophisticated ancient civilisation. That’s not the kind of thing you find in the bagging area at all.

“I gawped at it for a few minutes, looked for a barcode but there wasn’t one, then put it back just to hear the till call it ‘unexpected’ a few more times.”

Kramer added: “Then the woman supervising the self service area just swiped approval without even looking, so I stuck it in my bag and fucked off.”