This Commonwealth thing is on all bloody day

I’m in a bit of a mood. This Commonwealth thing is all very well and good but I just checked the Sky TV planner and the bloody thing is on all day long. What about Eastenders FFS?

Did you know that in days of old, people only had a handful of TV channels to watch, and you could only watch children’s programmes at set times, and the rest of the time you were forced to watch awful stuff involving Noel Edmonds? It makes me shudder to think of the hell my ancestors went through without proper access to 24-hour on-demand Doc McStuffins. The inhumanity is almost too much to bear. 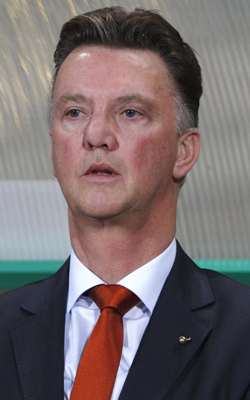 LOUIS Van Gaal has ordered Manchester Uniteds players to have their hair cut exactly like his.

Wayne Rooney has been given a week to make arrangements with his hair transplant team but otherwise the rule applies to all players, as well as back room staff, directors and season ticket holders with immediate effect.

“No one has dared tell me otherwise.

Moreoever, in what he promises will be a “great leap forward” from seventh to first place, he has renamed the club the Democratic United Peoples Club Of Manchester.

And despite previous misgivings from Sir Alex Ferguson, the team will now play in grey shirts, with high collars.

Van Gaal also plans a ground invasion of bitter rivals Manchester City before Christmas unless they evacuate the disputed territory of Etihad.

Several United players are rumoured to have defected while on tour in America, seeking asylum.

However, Van Gaal has rebuffed accusations that he is a fearsome, dictatorial manager:I do not even ask my players to call me ‘Mr Van Gaal’. I encourage familiarity.

“They may call me ‘Dear’. So long as they follow it with ‘leader’.”