Dear Holly,
I'm a 30 year-old man and I think I'm in love with the woman next door, who happens to be nearly 45 years older than me. Although she looks vaguely like an elephant's scrotum I become aroused every time she puts out the milk bottles and I catch a glimpse of her stunning large bosom straining against her Littlewood's cardigan. It's as if Diana Dors has come back from the grave. Is there something terribly wrong with me?
Simon
Chichester

Dear Simon,
Sometimes, when my parents are feeling selfish and neglectful, they invite my granny over to baby-sit for the evening. I hate it when this happens because my granny reeks of wee. Also, she makes me sit with her all night and listen to boring stories about the olden days, and about dead people called Edna and Dolly. I'm sure my granny is at least 200 years old, and she will probably die soon. Although I don’t really want her to die, it wouldn't be such a bad thing because at least that would mean I wouldn't have to watch Dad’s Army ever again. So I'd avoid your neighbour if I were you. Although from afar she may appear to be a sultry temptress, she'll probably just end up making you eat semolina, or knitting you an embarrassing balaclava for school.
Hope that helps!
Holly 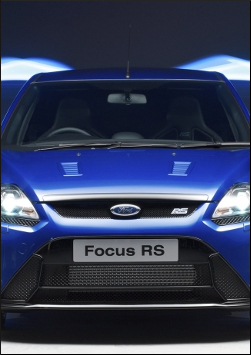 PLANS to cut-off the internet connections of people who share films and music have been branded an attack on the basic right to steal other people’s property.

As Peter Mandelson unveiled legislation which would make it a crime to just help yourself whenever you damn well pleased, internet service providers said the new laws were an unfair restriction on their ability to give broadband connections to thieves.

A spokesman for TalkTalk said: “Why should parents be penalised just because they’re unlucky enough to raise a criminal who can get them a free download of Gran Torino?”

Emma Bradford, 17, from Grantham, said: “I went into Reg Vardy’s intending to drive off in a Ford Focus, but the guy refused to give me the keys and pointed to this sign saying that all the cars have to be paid for, like they were someone’s property or something.”

She added: “People don’t own cars. Cars just exist. They’re in the ether. They’re like the air that we breathe. I suppose you want to charge me for breathing cars now?”

Stephen Malley, an 18 year-old thief from Hatfield, said: “I don’t have the balls for shoplifting which means I am forced to help myself in the privacy of my own bedroom.

“But what gives them the right – enshrined in legislation, mind you – to recoup those monies from me just because I want to have a permanent copy of it that I can listen to whenever I want?”

He added: “I’ve just realised – I am exactly the same as Gandhi.”