Dear Holly,
I don’t seem to be able to hang on to a man, no matter what I do. It’s not that I have any difficulties getting them in the first place: I just show a bit of nipple down the chippie and next thing I’m kneeling by the bins being pounded from behind by a hairy stranger. It’s the keeping hold of them that I canâ€™t seem to master. Once it’s all over, and I’ve gathered up my chips, I turn around and the gentleman has completely vanished. Happens every time. Can you give me any pointers for progressing to the next stage of a relationship?
Sandra,
Tunbridge Wells

Dear Sandra,
By the time I was seven, I had managed to build up a collection of over 50 My Little Ponies, including Rainbow Dash, Sweetie Belle and  the incredibly rare Pinkie Pie, which hardly anyone has. The trouble is, that I was so overcome with excitement about my collection I stupidly invited pretty much everyone in the entire school round to my house to see. For one blissful afternoon, I was the talk of the school, and everyone wanted to be my friend. The trouble is, that because I was so hasty, the novelty soon wore off, and by the time Elizabeth Peterson got her hands on all four original Bratz dolls, my pony collection was long forgotten. Looking back, had I been less eager to expose my ponies all at once, and instead attempted to retain an air of mystery, I expect people would still be talking and wondering about them even now. Keep your Pinkie Pie to yourself for as long as you can, otherwise people will lose interest very quickly indeed.
Hope that helps!
Holly

You Owe Us A Total Ride, Men Tell Home Office 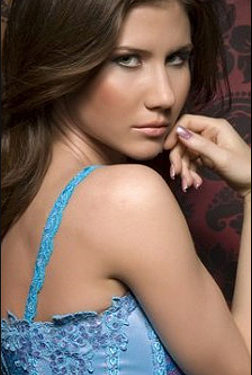 IF the Home Office has even a shred of decency left it will immediately replace Anna Chapman with something of comparable humpability, Britain’s men said last night.

'This is what happens when the Home Office is run by a bitter, middle aged woman'

As the Russian spy was stripped of her UK passport, males across the country said hold on a just a minute, before asking why we could not have all sat down and thrashed out a sensible compromise.

Tom Logan, from Hatfield, said: “For some reason the government thinks it’s vitally important to consult me on my children’s education, but not this. Any chance we could have a bit of consistency?

“If David Cameron and his boyfriend are so keen to do things differently then we should at least have some kind of constitutional or legislative mechanism for determining which sex kittens can stay and which arse-faced bowsers get bundled onto a plane.”

He added: “At least we can take some small comfort from the knowledge that Theresa May is probably not a lesbian.”

Roy Hobbs, from Stevenage, said he ‘just wanted the chance to share in her hopes and dreams and tits’ while Bill McKay, from Doncaster, insisted: “I’m sure we could have kept a close eye on her to prevent a repeat of the jiggery pokery.

“In fact, I had already drawn up detailed plans to keep her in my shed.”

Nathan Muir, from Finsbury Park, added: “I don’t think she would have caused any problems at all. She has a very honest and intelligent face and even though I have never met her I suspect that I would find her personality even more appealing than her looks. Also, I drive an Audi and I own my own flat.”

Chapman was arrested in New York for reading websites and sending emails, though UK intelligence sources believe she had also been used by the Russians to infiltrate the small business banking division at Barclays.

Former colleague, Julian Cook, said: “They replaced her with a plump girl called Susan. I hate it here.”