Dear Holly,
Having been happily married for over a year now, myself and my husband were considering having a baby. That is, until the shocking news that child benefit is to stop for those on the highest tax brackets. What I want to know is how David Cameron can sleep at night knowing that we middle class voters are being forced to the brink of destitution. Why should we have to subsidise feckless navvies and their fat, tracksuited girlfriends who’d rather watch Tricia than do a hard days’ work, while our benefits are cruelly taken away from us? Just because we’re rich doesn’t mean we donâ€™t have the right to sponge off the state too. I am so cross about this. Do you think I should raise this as a hot topic at my yoga retreat this weekend?
Celia
Windsor

Dear Celia,
I’m not sure what you mean by ‘child benefit’. If you ask me, there aren’t any benefits attached to having a baby whatsoever, or at least none that you can’t get from elsewhere for less money and hassle. For example, my pet goldfish, Graham, spends all day in his tank doing jobbies and staring at things. That’s pretty much what babies do, except babies also make lots of noise, and you can’t flush them down the toilet when they annoy you. My teacher told us that goldfish have a three-second memory, so that if you tell them something important, they’ll forget it almost instantly. I think the same is true of babies, because when me and Ellie Shearsmith drew a moustache on her baby brother, we told him to keep quiet but no sooner had we turned our backs then he started wailing and got us in deep trouble. If I were you, I’d stop worrying about babies and how to pay for them, and get down the local funfair to win yourself a fish. You can have our fish tank if you like; Graham’s somewhere in the sewers now, so we’ve got one going spare.
Hope that helps!
Holly

Gas Firms Experiment With Fuel Made From Customers' Tears 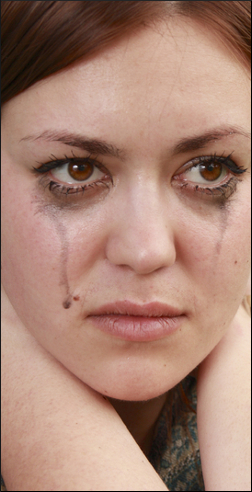 MAJOR gas suppliers are attempting to convert their customers’ bitter tears of woe into an eco-friendly fuel.

With gas prices set to rocket this winter and then probably drop a bit around March or whenever the weather gets decent enough that customers won’t have the heating on anyway, the misery-derived fuel could provide a cheaper alternative.

Gas company boss, Bill McKay, said: “A good proportion of our customers are regularly moved to pathetic hysterics by the arrival of our bills. This is mostly because of tax, but partly because of Audis.

“That isn’t going to change. So fuck you.

“However we can confirm that our scientists are working to hard to derive a renewable fuel source from the nation’s miserable sobbing.”

The low-emission, carbon-efficient tear-based product of the nation’s suffering will be called Sadgas.

“It would be nice if my suffering could in some way be harnessed to heat a house. Although it wouldn’t be my house, as I now live in a car on a playing field.”

Energy expert Emma Bradford said: “Gas in the UK is expensive, but you do have a choice. Choosing a gas supplier is now much like selecting products from a shop window. If that shop window contained pictures of you spattered with dog shit.”

She added: “And of course you always have the option to change supplier, after which your previous supplier will call you while you’re having your tea and demand to know why you’re leaving, like a mental ex-girlfriend who is trying to decide whether to come and cut your genitals off with some shears.

“If you see Sid, tell him he’s a fucking arsehole.”