Another two f**king years of Marvel movies: the essential guide

MARVEL is continuing its successful programme to turn the whole world into pathetic comics nerds. Here’s what you’ll be watching in President Trump’s second term:

BLACK WIDOW, May 2020
Everyone assumes this is a prequel but no, Scarlett Johansson’s been brought back to life by magic because you thought these films were realistic. They’re made up. And she can fly now and has ‘poison eyes’.

ETERNALS, November 2020
Ask any comics fan about Eternals and they won’t have heard of it. Ask an even more extreme comics fan with fewer social skills and they’ll admit that it’s a confused concept steeped in 12 layers of bullshit that’s never really worked. Good luck enjoying this.

SHANG-CHI, February 2021
In the 1970s Marvel did kung-fu comics to cash in on the brief kung-fu craze. Now, 45 years later, somebody’s greenlit a multi-million dollar movie based on those half-arsed churned-out cash-ins. Soundtrack: the bottom of the barrel, being scraped.

DOCTOR STRANGE IN THE MULTIVERSE OF MADNESS, May 2021
You can’t call a film that and expect anybody to watch it. Expect this film to be immediately preceded by Benedict Cumberbatch announcing his surprise return to Sherlock and the sale of his LA house.

THOR: LOVE AND THUNDER, November 2021
The only one of these films you actually want to see isn’t out for more than two years. But it’s okay, you’ll have to watch all the others otherwise you won’t understand about half of this one. 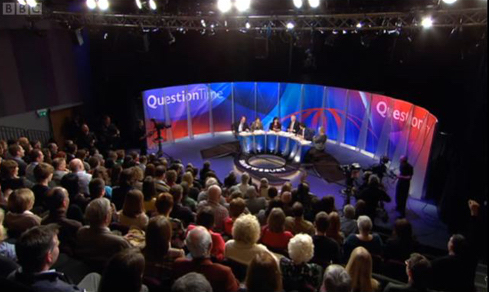 THE audience for Question Time is the main reason Britain is so f*cked right now, research has confirmed.

The Institute for Studies found  the audience members – even if they made a good point or asked a genuinely relevant question – bore greater responsibility for the collapse of the country than Britain’s staggeringly awful politicians.

Audience member, Mary Fisher said: “I just want to know what exactly the people on the stage tonight plan to do about Brexit. I have grandchildren and I own a house.

“So you can obviously understand why I’m so terrified, confused and murderously furious about everything, all the time.”

Fellow audience member Martin Bishop added: “I used to vote Labour but now I vote for The Brexit Party because I really like Nigel Farage.

“Now treat me like a normal, sane person or I will call for you be executed.”