Did you wake up on the floor again? Take the test...

WAKING up is something we all have to do. But sometimes we wake up on the floor and aren’t 100 percent sure why. Take our test to find out…

Where did you wake up?
A. In bed with my beautiful partner and no hangover.
B. I think I woke up while walking. Not sure how that happened, but I must have slept lying down somewhere.

Did you have a blanket on you?
A. Yes, a duvet as I was in bed with my beautiful partner.
B. I have a vague recollection of a cat sleeping on me if that counts. I think it was a cat.

Would you sleep there again?
A. Yes, tonight most likely.
B. They said they’re not sure how I got in as it was all locked up, but either way I’m banned from my local library, so no, probably not.

Mostly As: You’re a normal functioning human being who sleeps in a bed. Well done.

Mostly Bs: So you woke up on a floor again. Never mind, next time it might be on the floor of a luxurious mansion and not your local library with a heavily pregnant rat sleeping on top of you.

Non-vegans demand vegetables made out of meat 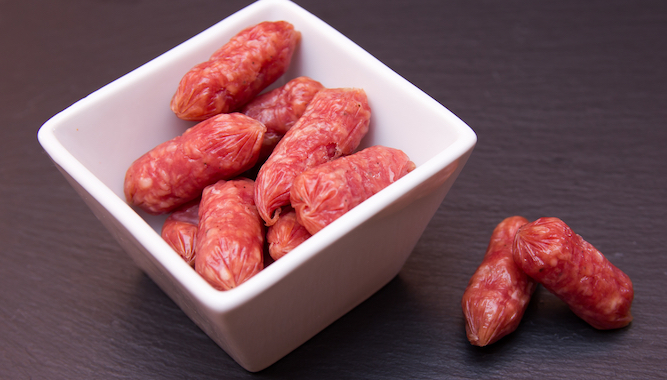 CARNIVORES have demanded special fake vegetables made out of meat after seeing the variety of plant-based sausages, bacon and beef available.

The production of vegan burgers that bleed, vegan bacon that can be fried and tofu chicken that tastes of nothing at all just like the real thing has prompted non-vegans to request a quid pro quo.

Meat-eater Norman Steele said: “I can’t eat vegetables for the moral reason that I don’t like how they taste.

“But what people don’t realise is that’s endangering my health and making me look bad in front of attractive young waitresses in the Harvester, so it’s my turn for the fake shit.

“I want an aubergine that’s really a chorizo, a bunch of ham carrots, lamb peas and lettuce leaves made of wafer-thin turkey. For starters.

“And make them proper. I don’t want any of that Heston Blumenthal crap. If it can’t fool my GP, they need to go back and start again.”

Food scientist Dr Helen Archer said: “There would be no benefit whatsoever to doing this. But it’ll sell, so fine.”