THE room they’ve given me here at Pinewood Studios could be better. Facilities are sparse: a small white kettle, a complimentary packet of roasted peanuts and a heavy portable TV without an aerial.

So I turn my attention to the small window which overlooks the set. Using the zoom function on my fancy phone, I can see everything: Mark Hamill impressing the wardrobe girls with his double jointed toe, Carrie Fisher surreptitiously stuffing dozens of miniature pastries into her enormous skip cap and George Lucas having a sit down and taking selfies in the chair marked ‘Ford’.

One of them has sabotaged the Falcon and destroyed my foot. But which one?

Hamill has moved on to the detachable thumb trick. The wardrobe girls are squealing with joy. What kind of disordered mind believes a man’s thumb can clear two inches from his hand but won’t entertain the notion an intergalactic smuggler can wear his favourite hoop earring during filming? They are barely sentient. It couldn’t have been them.

I turn my attention to Lucas. He’s gotten so comfy in my chair he’s dozed off . Someone’s put tin foil over him so he doesn’t die. I realise he has most to gain from my demise. But what can I do from up here? My eyes fall to the bag of roasted peanuts and a plan forms. Everyone knows Lucas has always dreamed of being able to sleep in a lying down position like a proper man, but fears being asphyxiated by the weight of his own head. One well-timed nut could jolt him into a helpless heap on the floor, unable to roll over or call for help.

I start flicking but a knock at the door startles me. “I’ve brought you thirty-five pain au chocolat,” Carrie Fisher’s voice is unmistakable, “- and they’re warm!” She opens the door, catching me red-handed. What could I do? I used the formidable flash facility on my zoom phone to dazzle her… The pastries hit the floor and she drops to her knees, clawing at her eyes and screaming “I’m blind!”

They think they’ve got me where they want me, but now they see I can’t be taken down without a fight. I’ve a few more tricks up my sleeve before this war is over. Also, my wife’s a famous lawyer. 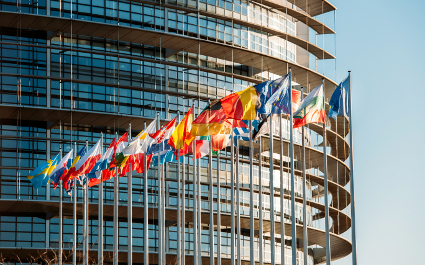 THE prime minister is marching around outside the European Parliament with hand-painted signs.

The election of ultra-federalist Jean-Claude Juncker as European Commission president prompted Cameron’s last-ditch protest against what he calls “the Marxist junta of the EUSSR.”

Signs carried by the Prime Minister include ‘Juncker Is A Drunker’, ‘No Mandate For Integration’ and ‘REMEMBER NAPOLEON’.

Cameron yelled through a megaphone at passers-by: “WE WANT OUR SOVEREIGNTY BACK! THIS PARLIAMENT IS ILLEGAL UNDER THE TREASON ACT OF 1708 SIGNED BY QUEEN ANNE!”

Jean-Claude Juncker said: “Peaceful protest is a key democratic right, and nobody is stopping Mr Cameron saying whatever he likes to the people of Europe, nor indeed assuming they all understand English.

“Besides, having him out there is infinitely preferable to having him in here.”