“YOUNG people aren’t spending all their money on brunch, they’re spending it on ruinously expensive hen and stag weekends organised by arseholes.

“Gone are the days when an acceptable way to say goodbye to single life was a budget night getting utterly shitfaced in the largest nearby city and parading around in a sash being lairy and terrifying weedy men.

“Instead the brides-to-be are now using these events to measure how much of a friend we are based on whether we’re prepared to shell out the price of a second-hand car to accompany them on a weekend-long pageant of rampant narcissism.

“There is no other scenario in which I would pay a small fortune to spend a weekend in Prague or a draughty ‘rustic’ barn in Yorkshire with eleven women I barely know, several of whom I will see naked or vomiting, or both, by the Sunday morning.

“I love my friends, but I think I’d love a south-facing one bedroom flat a lot more.” 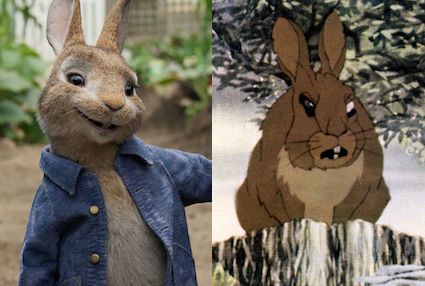 ANYONE offended by the new Peter Rabbit film should give Watership Down a miss, rabbits have confirmed.

The new film depicts a rabbit being bullied for being allergic to blueberries, but wild rabbits stressed the 1978 animated film was a ‘slightly more authentic experience’.

Martin Bishop, a rabbit from Hertfordshire, said: “It’s sad to see a rabbit being bullied for any reason, including being allergic to blueberries.

“But it’s not quite as bad as seeing them froth at the mouth and attack their friends in a violent, blood-fuelled rage – but I guess you’ll just have to find that out by watching it.

“Oh and the bit where they get attacked by ravenous wilds dogs, that’s not very cute either.

Rabbit and cinemagoer, Emma Bradford, added: “It’s like someone who has never seen Goodfellas complaining about the violence in Bugsy Malone.”