'If only the youth of today looked up to Liam Gallagher'

THE class of primary schoolchildren questioning Liam Gallagher yesterday made me smile, but it also made me sad.

So many of them had no idea who he was. And I think it’s unquestionably true that we wouldn’t be having all these problems with the youth of today if more of them followed Liam’s heroic example.

I’m 38 and throughout my life, through my difficult career as a fireplace salesman, through that unfortunate prison stint, through two failed marriages, I have always followed one guiding star.

Liam has never let me down. He’s always been true to himself. He hasn’t let the world change him, no matter how hard it’s tried.

And in the difficult moments of my life, for example when I’m ready to lamp my brother-in-law for firing me, when I’m pulled over by the police while high on cocaine, when a bird in a club’s giving me the eye while the wife’s at the bar, I ask myself a very simple question: ‘What would Liam do?’.

While I can’t say it’s kept me out of trouble – quite the opposite – I have few regrets.

So when I meet young people, I tell them to ditch their pathetic heroes like Harry Kane and Malala. I tell them to instead follow a 45-year-old football hooligan and drug abuser who fucked up the only lucky break he ever had.

And if they say no, I knock them down. I won’t be having no disrespect.

Vegan birthday cake just made of flour and sadness 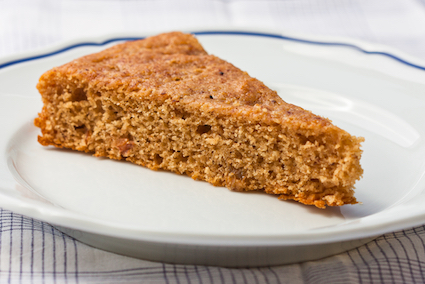 A VEGAN birthday cake is just a pile of flour tinged with disappointment and sadness, it has been confirmed.

Mary Fisher celebrated her 40th birthday with her family, who endured a meal of cruciferous vegetables topped with an upsetting, chalky substance that was later revealed to be vegan ‘cheese’.

Her sister, Emma Bradford, said: “I’ll be honest, we were all really counting on the cake to turn things around.

“So imagine our dismay when the waiters brought out what was ostensibly some flour and, I can only assume, the tears of whoever was forced to make it.

“I don’t care how many candles you put on that thing, it’s not real cake. The decorations were pretty enough, but you can’t polish a turd.”

The family then gave a series of excuses for why they could not eat the cake, ranging from ‘I’m really full from lunch’ to ‘it just looks shit’.