I once had a Christmas when my scrotum rotted and dropped off, plunging me into several days of agonised madness.

However, this was a picnic compared to most years. Who among us can genuinely say they haven’t spent at least one Christmas hysterically screaming for the executions of their own families and thousands of others?

Take my mother, Cypros the Nabataean. Like most mums this time of year, she refuses to move for the duration of the day and expects every relation from miles around to make the pilgrimage to her, like she’s the Blarney Stone or something.

Then there’s her new partner. I used to breed rhinos back in Galilee and this is exactly what it’s like dealing with him. Just when you think it’s safe to let a new male mingle with the herd, he goes on a mental rampage for no reason whatsoever. It will only end after he’s speared another adult male with his massive horn and you’ve placated him with a bottle of Corona and Finding Nemo on Sky Movies.

My brother’s girlfriend, Salome used to liven up every yuletide. A proper good time girl  no one’ll ever forget the dance she did at my birthday party, least of all John the Baptist. But since she’s had a baby all that is history. Now its like inviting Mariah Carey: she brings her own bottled water with her because my tap water’s not good enough for her anymore and goes in a huff if you don’t have any of her bullshit herbal tea. Then, she needs her ‘quiet room’ for breastfeeding. It’s not like there’s anyone here who hasn’t seen them a hundred times before. Anyway, she’s full of crap: I listened at the door and she was playing Candy Crush for 45 minutes.

So try ten minutes of this and see if you haven’t ordered a few mass killings. Hands up, I don’t remember saying that stuff  I was upset. Certainly, it sounds like the kind of thing I might say and my scribes agreed I definitely said it. Point is: everyone’s said things in the heat of the moment at this time of year. My advice would be to execute all your scribes and then hire some new ones after you’ve had a Bellini and are feeling a little more magnanimous. Otherwise all you’ll hear til the end of time is barbed comments about your little festive slip-ups. 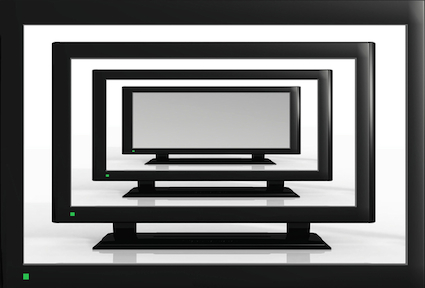 Following the ‘success’ of Channel Four’s Gogglebox, the country is now in the midst of an ‘infinity mirror’ of auto-television from which death is the only escape.

Martin Bishop, from Peterborough, said: “I started in the normal way of filming myself watching television for six hours. I would then edit it down to 30 minutes of me being hilarious.

“But after three months I was trapped in a creative cul-de-sac so I began filming myself watching myself. Sometimes I feel the genius surging through me like a shaft of solid gold lightning.”

He added: “Now each day brings the fresh challenge of filming myself watching the latest version of me watching myself.