Don’t kill yourself trying to see everything. You might have to miss The Levellers if you want to see Diane Abbott giving a speech about young people.

Carry a bottle of water at all times. Your throat will get dry from discussing Trident and denouncing Blairites.

Being caught in a crush at a festival can be frightening. Stand to one side when the crowd surges forward to see John McDonnell outlining Labour’s regional infrastructure investment plans.

It’s easy to get separated from your friends, so agree on a well-known meeting place, for example the TUC stall next to the vegan kebab van.

Don’t just hang around the main stage. Check out the Momentum Tent, which has some great debates like ‘How to convince your parents you really are a socialist and not just going through a phase’.

Bring a portable mobile phone charger. You’ll kick yourself if there’s a surprise act like the Guardian’s Owen Jones discussing LGBT-friendly socks and you aren’t able to film it.

Be sure not to miss Jeremy Corbyn. Rumour has it the veteran performer is planning an epic three-hour set full of classic hits like I’ve got a question from Doreen in Leicester and Let’s not talk about Brexit. 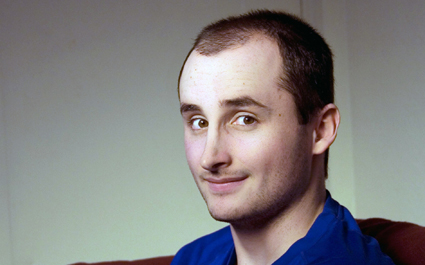 SELF-RIGHTEOUS Facebook refusers are really loving this current data hoo-ha, it has been confirmed.

Facebook avoiders have responded to the ‘data breach’ scandal with pitying sighs and mild smirks as they wait to be congratulated.

Social media refusenik Stephen Malley said: “It’s very unfortunate the way you people have been exploited, one might say duped, into handing over vital data to a faceless corporate monolith.

“Actually I have been known to call it ‘Facelessbook’. I came up with that.”

Malley’s friend Roy Hobbs said: “He’s trotting around on his high horse now because he always told me Facebook was a ‘suspect operation’. Look at him sitting there, all puffed up like a proud little toad.

“He seems to think I’ve forgotten about the time that he joined, couldn’t get his profile picture to go portrait rather than landscape, then quit again in a strop.”