Dog in coffee shop wishes he was at the pub

A DOG allowed into a trendy coffee shop would much rather be in a carpeted pub listening to workmen’s dirty anecdotes, he has confirmed.

Dog Wayne Hayes complained that the high-octane environment of an aspirational cafe fuelled by nuclear strength caffeine is triggering his anxiety.

Hayes said: “I’ve just had to listen to a couple of mums high on piccolos talk rabidly for an hour about some buggy called the Tooti-Shitstorm-Butterfly.

“I just want to be on patterned carpet, breathing in the smell of stale beer and Frazzles while I drift off to sleep to the bleeps of the fruity.

“Then I’ll wake up to hear a guy in his late sixties who still lays tarmac telling anecdotes about the best way to have sex with a marrow. That’s an afternoon out.”

Hayes added: “A man in a woolly hat and apron has just nudged some water in a jam-jar at me. What’s their policy on biting?” 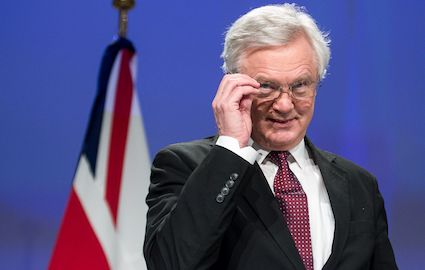 DAVID Davis is so impressed with his own negotiating skills that he is considering a peace settlement between Israel and Palestine next.

The Brexit minister, who has successfully engineered a historic compromise between what the EU wanted and one thing Britain wanted, believes that he could settle the 70-year conflict in an afternoon.

He said: “I doubt I’d even need to say anything. Just my very presence brings accord.

“I just seem to be an absolute natural at it without even trying, so I’m confident that negotiations between nuclear-armed religious paranoids and the neighbours they war with who hate them will be a piece of cake.

“After that there’s always North Korea and South Korea, India and Pakistan, lions and gazelles and, if I fancy nipping home for a breather, Liverpool and United.

“When you’ve got skills like these, it’s selfish not to share them. My gift belongs to all mankind.”