Should you pick that towel up off the floor, or let it rot for the next three months?

Take our simple quiz to find out whether the wet towel you used should go back onto to the towel rail, or remain on the floor to become all mouldy.

Mostly As: You should probably pick up your towel off the floor.

Mostly Bs: You’re the kind of creature who revels in rubbing a crusty, stinky towel against your body to get you nice and dry after a shower. You love that questionable smell that lingers on your skin and you revel in the convenience of fishing this wretched science experiment right off the floor to use again. It’s just so handy.

Guillermo del Toro will probably make a film about you. 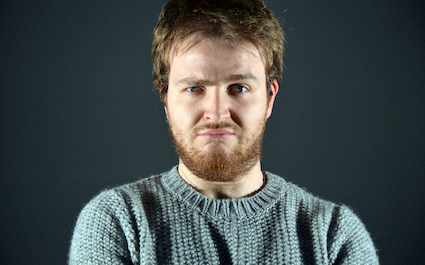 A SELF-confessed ‘grammar Nazi’ has forever lost the right to correct others after misusing an apostrophe one time.

Tom Booker made the mistake when posting a rant about the weather to Facebook. His brother, Stephen Booker, was quick to correct him.

He said: “Tom’s always correcting everyone’s grammar. It’s like, who died and made him the gatekeeper of the English language, the smug fucker? Being able to stick it to him was pure magic.

“The best bit is he’ll never be able to look down his nose at me for using the wrong ‘your’ again, because he’s the idiot who said it was five ‘degree’s outside’.