Six alternative careers for Theresa May

DESPITE the prime minister’s limpet-like determination to hang on, it could be time for her to think about a career change. Here are some suggestions.

Automated rail announcer
May’s robotic speaking style is perfect for tedious announcements like “The 14.32 to Wigan is now ready to depart”. She’s also so boring she’d probably get really into it.

BBC sci-fi villain
May already has the clothes for a remake of Blake’s 7 or a role in Doctor Who. All she needs now is a bollocks sci-fi name like ‘Mayvolarax’ and a clearly flawed plan, eg. creating an army of power-crazed androids who NEVER turn against their boss.

Norma Desmond-style recluse
Like the faded film star, May could retreat to a mansion and fantasise about returning to politics. Sadly she doesn’t have a gift for iconic dialogue like “I am big. It’s the pictures that got small” and would just keep repeating “lawsmoneyborders” over and over again.

Dickens character
It’s worryingly easy to imagine May as the cruel governess of a home for orphans. Possibly called ‘Miss Jabgrind’, she would have entitled little shits like Oliver Twist deported.

Brexit minister
Not the top job, admittedly, but with so much Brexit experience under her belt there’s surely no way she could fuck it up. 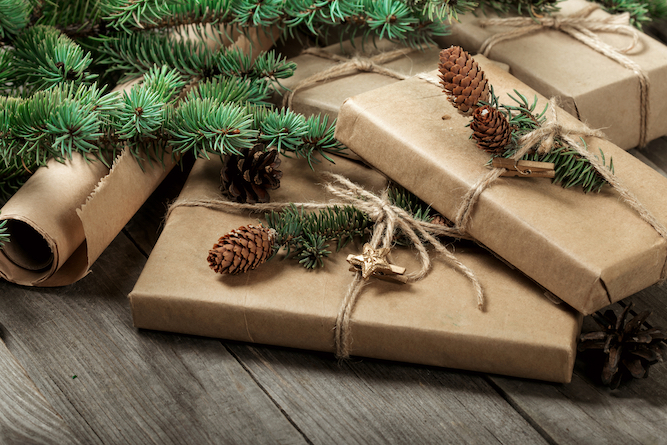 BRITAIN’S middle class families are drawing up plans to wait as long as possible before opening their presents on Christmas Day.

Families determined not to let joy overshadow a day that should be about family are going to increasing lengths to deny all their natural present-opening instincts.

Julian Cook said: “Rather than thoughtlessly enjoying the day, we spend Christmas playing parlour games like we’re Victorians who don’t own a telly.

“Just at the point when we’re ready to kill each other, we have lunch, which no one enjoys because we have charity crackers, so instead of jokes it’s statistics about malaria.

“We enjoy delaying opening presents for the same reason we enjoy sending our children to state school even though we could more-than-afford to go private: we can talk about it loudly at dinner parties.”

Francesca Johnson added: “We’ll spend Christmas morning taking a long, cold family walk so we can all be uncomfortable for as long as possible.

“We’ll be opening our presents on New Year’s Day. For us, Christmas is about taking a stand against commercialisation even though it makes no difference to anyone.”