The Mash guide to pretending you understand Catalonia

WANT to sound like you understand Catalan independence but can’t be arsed to find out about it?

If Catalonia comes up in conversation, gravely say, “It’s sad, very sad.” Your concern will suggest a deep understanding of the situation even if you previously thought Catalonia was a planet in Battlestar Galactica.

Do not say, “I used to love Catatonia. What’s Cerys Matthews up to these days? She was fit.”

Learn one actual fact, such as the Spanish prime minister’s name, and use it in vague, pointless statements like, “Where does this leave Mariano Rajoy now, that’s what I’m wondering?”

Keep the Wikipedia page open so you can sound knowledgeable in conversations, but don’t make it too obvious e.g. “Catalonia? You mean the autonomous Iberian Peninsula community with a GDP of £191 billion?”

Just make stuff up. Most Britons didn’t even pay attention to Brexit so there’s a good chance no one will call you out on nonsense like “I just hope this isn’t the flashpoint for World War 3!”

Invent a Catalan friend to ‘quote’. You will be able to spout any rubbish and people will think it is authentic insider knowledge. Just don’t give them an obviously made-up name like ‘Pedro Franco from San Miguel’. 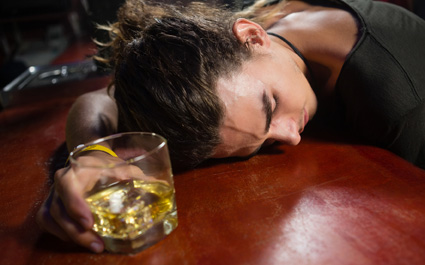 A 28-YEAR-OLD who got into whisky because it was fashionable now resembles a middle-aged Scotch drinker, it has emerged.

Hipster Tom Logan’s initial plan to discover ‘small batch’ craft whisky made by people with tasteful tattoos has been replaced by a new one to get pissed while sitting at home in his slippers.

Girlfriend Nikki Hollis said: “Six months ago Tom wanted to discover new blends and visit trendy whisky bars, but now he prefers to drink it in his armchair with a little jug of water.

“He’s also stopped droning on about ‘peaty aromas’ and ‘fruity finishes’ in favour of half-finished sentences that sort of trail off into vaguely aggressive mumbling.

“I’m starting to think the true appeal of whisky might be not be its fascinating heritage, but the very high alcohol content.”

Logan said: “I’ve noticed my nose has turned red, but that’s probably just a healthy glow from the ‘water of life’.”