The most influential bellends of 2018

HERE’S the rundown of 2018’s prize bellends – plus a few that may surprise you.

Theresa May
In 2018 Theresa’s grim determination to hang on in there has been an inspiration to unwelcome guests, stubborn stains and unflushable turds everywhere.

Pigeons
Always the twats of the avian community, in 2018 pigeons were up to their usual tricks such as shitting everywhere and striding around your garden like the puffed-up, pompous little bastards they are.

Donald Trump
An obvious but necessary inclusion in the list. The big question is what nonsense will pop into his head in 2019. Rumour has it his CIA bodyguards prevent him from watching The Handmaid’s Tale in case it gives him ideas.

Elon Musk
Musk’s ‘paedo’ comments confirmed he is not a genius-level polymath, just a self-promoting nerd who got rich from something quite dull, in this case PayPal, with an unoriginal interest in space travel. (See also: Branson, Richard.)

Your Brexit uncle
2018 was a great year for your Brexit uncle, who still has zero factual knowledge of what the EU is. His current obsessions are ‘WTO rules’ and the ‘gilets jaunes’. He doesn’t understand either, but does like bad things happening to the French.

Han Solo
The young Han Solo, it turns out, is pretty bland and got his name from an Imperial HR guy, another important step in the franchise’s baffling quest to ruin every original character.

Daily Mail commenters
Despite the loss of nutter-in-chief Paul Dacre, Daily Mail commenters have not given up posting hate-filled opinions based on their childlike understanding of the world. Do you feel Britain would benefit if we hanged all students? There will always be a Mail reader who agrees with you. 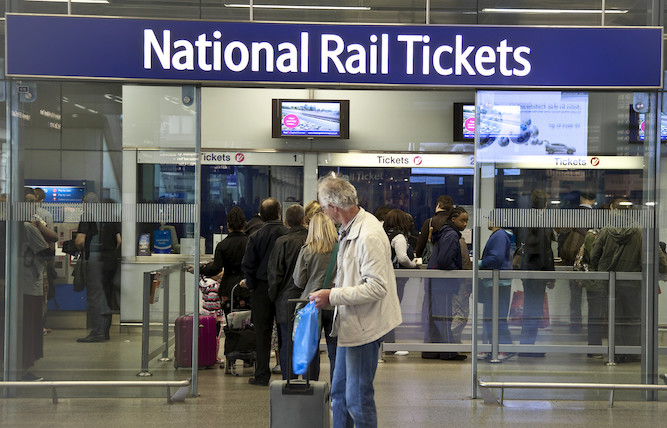 A MAN at the front of a queue for train tickets decided it was the perfect time to have a long, tetchy discussion with the cashier.

Despite a large number of people behind him desperate not to miss their trains, Martin Bishop felt it was fine to faff around like a fucking arse.

Queue member Emma Bradford said: “This guy started interrogating the cashier about a really complicated journey from Euston to an obscure place called Snareford or something.

“If you’re going to the back of beyond at least have some basic idea of your journey. I’m pretty sure there’s a thing you can use called ‘the fucking internet’.

“Then he spent another eight minutes arguing about the price, which was worthwhile because national rail companies are known to be open to haggling.

“By now everyone in the queue wanted to kill him. I briefly considered braining him with a bottle of prosecco my sister gave me, but it’s not worth doing time for scum like that.”

Bishop said: “It’s not right that I have to change at Watleypool and go via Sniphead and Lurton-on-Naze. Also, whoever heard of paying £33.50 for a train ticket? That’s ridiculous.”

Bishop ultimately decided to abandon his journey after 17 minutes of bitter arguing, during which eight people missed their trains but just muttered under their breath in a British way.