Have you been left alone with your thoughts when you would normally be playing Flappy Bird? Here’s what you should think about to fill those long, lonely minutes.

What happened to all those ‘toilet books’ that everyone had?

Every toilet in the land used to have a cistern full of smug little books about how to be calm or why being a grammar Nazi is great. Where have they all gone?

Would drinking a bottle of Domestos be fatal?
Before phones and toilet books, the only bathroom entertainment was deciphering the difficult chemical names on the back of cleaning products. Clue: probably, so don’t try it.

Is there a murderer behind the shower curtain?
It’s unlikely, but pursuing this line of thought could turn your bathroom visit into a thrilling and frightening experience similar to an immersive screening of Psycho, rather than a humdrum bodily function.

What is the meaning of life?
A hard hitting question with much to explore, but luckily you’ve only got as long as it takes to do a shit so you probably won’t fall into endless existential despair before it’s over, unless you’re constipated.

Should I paint over that disturbing patch of mould?
Yes.

Middle-class man blessed with ability to communicate with tradesmen 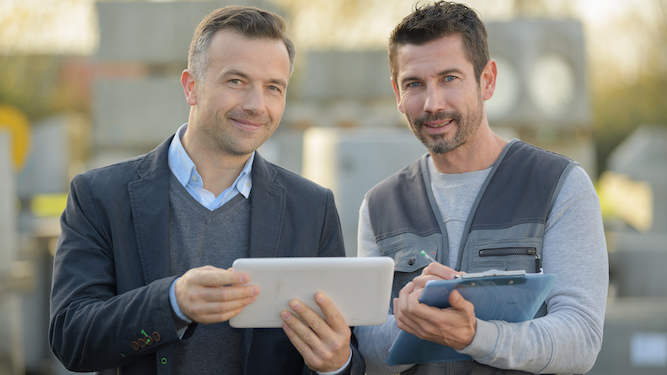 A WELL-TO-DO man has amazed friends by being able to communicate with his builders as easily as if they were from his own social class.

Julian Cook, a partner in a law firm, shocked guests at a lunch party by stepping outside for a conversation with an electrician which was entirely bereft of awkwardness on both sides.

Friend Tom Logan said: “Julian is the tradesman whisperer. It’s an incredible skill he has.

“First they discussed the work he’s doing, then they moved onto Arsenal under Unai Emery, then segued into a brief discussion about Brexit during which Julian made a joke and the man laughed.

“I repeat: he joked about Brexit with a member of the working classes. I would sooner throw myself on a landmine, but he nonchalantly did it then strolled back in like it was nothing.”

Electrician Steve Malley said: “Yeah, Julian’s alright. He doesn’t drop his accent, he doesn’t call me mate, he doesn’t pretend to be anything other than the posh wanker he is and that suits me fine.

“Besides we share the same accountant so he knows that, after tax, I earn the same as he does.”