Which shitty mobile phone game are you playing?

DO YOU spend hundreds of hours playing addictive but totally pointless mobile phone games? We look at the latest releases for you to waste your life with.

In a totally incomprehensible game universe, the Bubble Gnomes have to burst bubbles to free the magic aardvarks trapped inside. Although free, in-game purchases mean some players have spent up to £90,000 to reach the end and defeat Phyllis the Cat.

Players match pieces of cheese with the same type of cheese to form a bigger piece of cheese. Take care though – match a piece of parmesan with a radically different cheese like camembert and your whole cheese pyramid could collapse!

Build your own rural town from scratch in an incredibly realistic and boring way. Watch as your turnip stocks slowly increase thanks to buying an extra barn. Make money by opening a shop and selling some bacon. And make sure you’ve got plenty of looms!

Can you stop the garden where the plants live being taken over by rectangles? Created when weary programmers at developers Innov-8 Mobile Gaming stopped giving a shit.

Knights of Rendar: Quest for the Elvenstone

Despite promising an epic Tolkienesque roleplaying quest and having impressive opening titles with dragons, Knights of Rendar is in fact Candy Crush Saga with different graphics. Sigh with disappointment then realise it’s 3am and you’re still trying to get five orcs in a row. 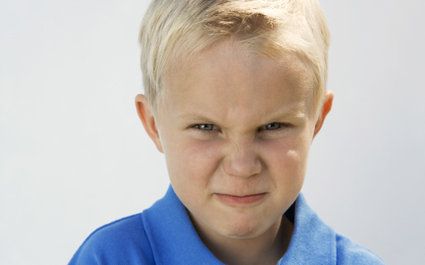 A CHILD described as ‘cheeky’ is actually a menace to everyone around him, it has been confirmed.

Bishop said: “When Tom’s mum said he was cheeky I assumed he’d be prone to acting the clown, not constantly hitting people and asking if I’m an ‘arse bandit’.

“Tom’s cheekiness also includes threatening to ‘smash the place up’ if you ask him to sit down. I’d be scared myself if he wasn’t four feet tall with a ridiculous squeaky voice.”

Tom’s mother Lisa said: “Tom can be a bit of a handful. He’s always coming out with some cheeky comment like ‘Mummy, why has that man got no hair?’, or ‘Look at that fucking fat bitch!’

“I admit he enjoys setting fire to buses, but it’s not arson, it’s just being a scamp.”