Which superstitions are bollocks?

WHICH superstitions are bollocks, and which might cause you to die?

With so many myths about things that are lucky or unlucky, it can be hard to keep track of which superstitions are genuinely worth worrying about. Find out with this simple guide.

Just a way for control freaks to get their demented thrills. After telling you not to open your brolly, they make you take your shoes off at the door and only let you use the downstairs toilet.

Black cats like to think they’re ethereal beasts from another dimension, but underneath it all they’re just insecure attention seekers, like Springer Spaniels but worse.

Seeing a single Magpie – not bollocks

Women with crystals, dream catchers and cabinets full of rum have confirmed that seeing a single magpie is unlucky. This is also confirmed by a man from Swindon called Chicken Dave who can talk to cows. If you see a magpie, you will die.

Walking under a ladder –  not bollocks

Even men who own BMWs don’t walk under ladders. That’s how unlucky ladders are.

A myth perpetuated by horror film fans who smell of pizza and unwashed pyjamas. It’s a ruse to take the day off work and watch Paranormal Activity again, whilst eating Honey Nut Cornflakes with their hands.

If you had a successful job interview wearing a pair of old Donnay ‘tanga pants’ that smell of wet feathers then something must be intervening on your behalf.

Are you your parents' favourite child? 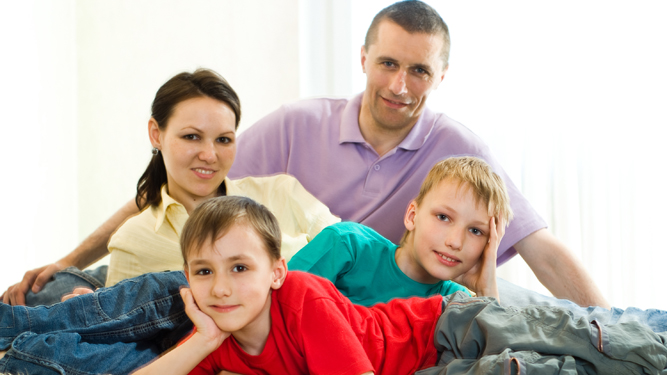 ALL parents have a favourite child. Are you it?

Your parents will tell you they don’t have a favourite child, but that is another one of their lies, like when they said grandma was just asleep. It doesn’t matter, though, as long as the favourite is you.

Answer these questions to find out.

A) As a child you would often be taken to McDonald’s for a special treat, without your siblings.

B) As a child you would often be taken to Wimpey while your siblings were at McDonald’s.

A) You were affectionately nicknamed ‘Spud’

B) You were non-affectionately nicknamed ‘Spud’

A) Mum and Dad still have the boots you scored your first goal in.

B) Mum and Dad still can’t go in the local football club without being reminded of ‘the incident’.

A) When you visit your parents there are more photos of you than your siblings.

B) When you visit your parents there are more photos up of Chris Packham than of you.

Mostly As: Congratulations! You are your parents’ favourite child!

Mostly Bs: You are the one they don’t really talk about. But it’s okay, you can still get attention by doing crime.