Would living in a fascist state really be that bad?

WOULD Britain becoming a fascist state ruled by Boris Johnson or a giant floating head on a screen actually be a bad as it sounds?

Would the trains run on time?
Mussolini was once famously said to have made the trains run on time in Italy, though this was later proved to be a massive fucking lie. This is because when you live in a fascist state the leaders can say whatever the bollocks they want and everyone has to act like it’s true because they could kill you if they wanted to without any of that due process palava.

What’s wrong with internment camps?
Being an intern sounds horrible to most of us. Unless your parents are already paying your way through life in London so you can pretty much afford to take an intern job as it’s your parents who are paying your wages anyway. But in a fascist state we’d all be forced into internment camps, where we’d be made to make cups of coffee for these pricks all day long with very little genuine thanks from them.

What good did democracy ever do us anyway?
Democracy has been round for years and it hasn’t done us that much good when you really think about it. It’s like ‘science’ – a load of theory but very little in the way of actual results. So why not just do away with it and we can all just automatically vote for the massive floating head on the screen which will thankfully do all the thinking for us.

Netflix vs Public Executions
You’ve seen everything you want to watch on Netflix so you could just cancel your subscription and instead get your kicks watching dissidents being hung from lampposts in town squares across the country after they’ve been sentenced to death by people who think Tommy Robinson talks a lot of sense for a bloke who used to run a tanning parlour.

Rule Britannia – or are you one of those traitors that everyone’s talking about? 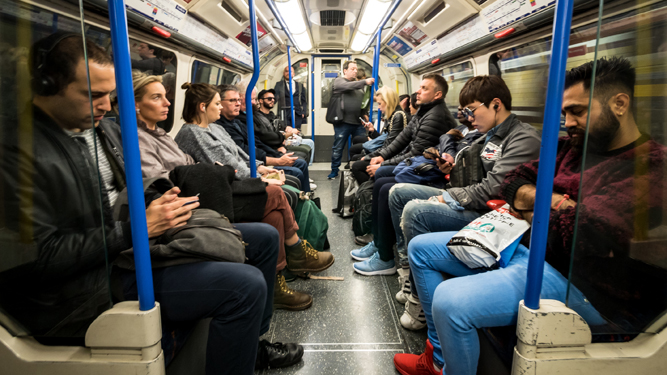 AN unidentified woman has been filmed amiably conversing with a stranger on the London Underground.

36-year-old languages teacher Tom Booker used his iPhone to record the incident of politeness, which lasted for almost two minutes.

He said: “She kept looking over at him, I naturally assumed she was going to tell him to fuck off back where he came from, call him a dirty old perv, or just deliver a steely death stare. Everyday London stuff, you know.

“Instead she gestured to the book he was reading and said, ‘I like Game of Thrones too, have you seen it on telly?’

“He replied that he hadn’t but would like to. She said it was good and mentioned a couple of actors in it that she liked.

“The rest of the carriage sat silently while self-consciously tinkering with their phones.

“Walking up the platform afterwards I felt a bit sick, like I had just hallucinated being in a scene from a Hollywood film.

“Then someone barged straight into me and growled ‘fuckwit’ under his breath like it was my fault. I was okay again after that.”