Five family board games to bitterly fall out over this Christmas

CHRISTMAS wouldn’t be Christmas without being forced to leave the sofa and your food coma for a tedious board game. But which ones will spark the best rows?

Guarantees an argument about the rules and discovering what a bunch of cheating scum your family are. The theme of buying properties is also great for creating tension between smug older homeowners and Millennials who’ll still be paying rent in 2059.

Many, many options for friction. Kick off with some simple snide comments about artistic ability, eg. “Is that meant to be a mouse?”, but then move onto deeper-seated resentments, eg. “You’ve always belittled me, Dad. ALWAYS!”

Performing the same mime again and again will leave you seething with frustration to begin with. Take it to the next level by shouting at people over their ignorance of well-known films, books and musical artists. Definitely refer to family members as “you idiots”.

Start with a dispute over what the pieces are called. Is it pie? Cheese? Segments? When you’re losing, complain it’s unfair to pelt people with questions written 30 years before they were born – especially obscure cricket ones. An argument starter par excellence.

Relieve the tension with a bit of physical play. Uncle Frank might break his hip again, but you’ll all be so furious about his 15-minute inability to explain Jaws during charades you’ll be glad to see the back of him as the ambulance takes him away.

Woman spends 50 quid on candle that smells of fig, pomegranate and stupidity 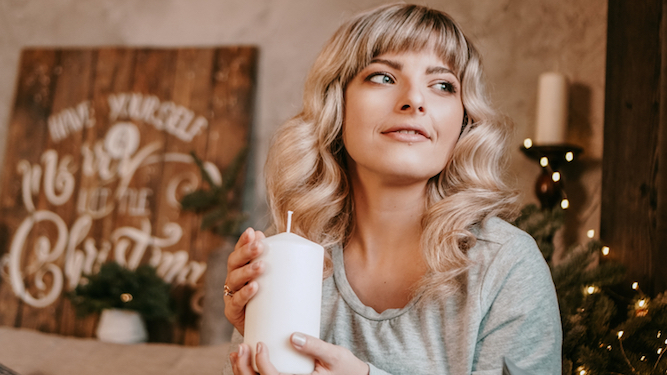 A WOMAN has spent £50 on a candle that smells of wild figs, pomegranate and immense stupidity.

Nikki Hollis purchased the large lump of fragranced wax as the latest part of her drive for ‘wellness’ and other nonsense.

Hollis, surprisingly an adult of 42, said: “It is expensive, but it’s hygge, or self-care, or something like that.

“I know that I’m basically watching my money burn, but I’m doing it with a vague aroma of woodland, so that makes it worth it.”

In the last month Hollis has also spent £40 on a soothing algae foot mask, £100 on a jade face roller and £160 on a hairbrush that will supposedly cleanse her aura.

She is currently planning to step up her self-care regime in the coming weeks to counter the stress of her mounting debts and possible bankruptcy.

Hollis added: “I might spend several hundred pounds on a course of sensory deprivation tank treatments, even though I could do it for free by sitting in the bath in the dark.”