Bad man not shot in face

“We like to keep them guessing,” says good man 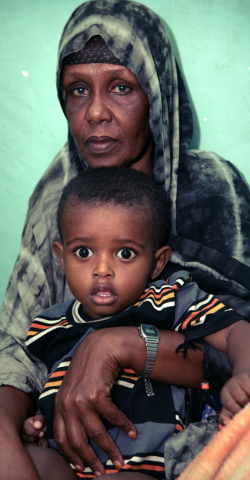 PRIDE of Britain the Daily Mail has today launched a new campaign for more people in the Third World to die in a ditch.

In a courageous stand against Britain’s nauseating fondness for giving all our money to oddly-named scroungers, the paper has called for a 40 per cent increase in deaths from starvation, disease and being blown to bits by 2015.

In a stirring front page editorial the Mail said: “They just spend it all on drugs.”

The Kill a Brown Baby campaign has been supported by dozens of backbench Conservatives who like being quoted in the Daily Mail, as well as millions of ordinary people across Britain who have really, really thought about it.

Tory MP, Sir Denys Finch-Hatton, said: “The problem with not giving money to the Third World is that you never know if it’s actually working.

“Therefore any reduction in the overseas aid budget will need to be properly audited, perhaps by using death certificates.

“I want to see thousands of them piled high on the desks of the department for overseas development. They could then tot them up using one of those fancy electronic machines that banks use to count money.

“And to maximise openness and accountability they could have a website with different African and Asian countries on it and a rolling tally of the number of brown skinned people we have eased bravely into the afterlife.”

Helen Archer, a taxpayer with all the answers from Stevenage, said: “Last month I was forced to remove the Style and Culture pack from my Sky TV subscription.

“And for what? So Nick Clegg’s Spanish wife can give some penicillin to a Hindu?”

But the campaign has been opposed by people who love the overseas so much you wonder why they do not just go and live there in their own filth.

Tom Logan, a poofter, said: “While subsidising the Indian space programme does seem inexplicable, I am generally supportive of foreign babies remaining alive.

“Not only that but if we help them then one day we might be able to sell things to them and hopefully they won’t come here and blow themselves up on the bus.”

Logan then returned to watching your children through a telescope.