Race named as today's thing to talk shit about 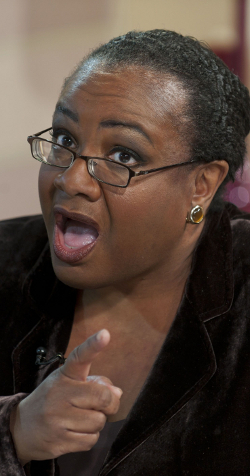 RACE has been named as today’s topic about which Britain will talk angry, ill-informed shit.

The topic was chosen by Labour MP Diane Abbott who kicked things off with a delightfully baffling generalisation about white people.

Abbott told Twitter that ‘white people love to play divide and rule’ prompting adjudicators to check whether or not she actually meant ‘golf’.

Following confirmation that, for some reason, she really did mean it the topic was greeted enthusiastically as people across Britain said they would finally have the chance to get a few things off their chest.

Reflecting the changing nature of 21st century shit-talking much of the shit will be talked on Twitter and angry political blogs filled with hopeless certainty.

But traditionalists insist plenty of shit will be talked in established  shit-talking venues such as pubs, Sky News with Kay Burley and The World at One.

Tomorrow’s topic will be chosen by Cherly Cole from off the television. It is expected to be ‘fat bitches’.