PUTTING a few hundred miles between yourself and Midlands’ low point drastically enhances wellbeing, according to new research. 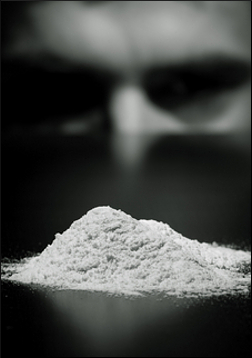 THIS year’s top 10 names for cocaine have been announced by leading drugs trade figures.

The annual Cocaine Euphemisms Chart is created by the UK’s leading dealers, celebrities and addicts to reflect the fast-moving world of drug nicknames.

Cartel boss Nikki Hollis said: “One of the most enjoyable things about selling cocaine is the fun new terms for the drug which are constantly being created.

“One minute it’s ‘gak’ or ‘beak’, the next it’s ‘Devil’s Dandruff’. With so many people in the creative industries using cocaine, the names never stay on-trend for long, so every year we have to compile new ones.

“The chart is a combination of existing names and new ones we’ve made up while on cocaine.”

The committee behind the chart has also been recruited by tabloid newspaper editors to devise euphemisms describing the condition of celebrities pictured leaving nightclubs while clearly on cocaine.

Nikki Hollis said: “They’re decided that ‘exhausted’, ‘partied-out’ and ‘clearly had a great night’ no longer cut it.

“We’re suggesting ‘drunk in the nose’ or ‘toilet cubicle-tired’.”