It’s OK to cry during your commute, workers told

83% of commuters have wept openly on journey to or from office.

Government gives £1bn to builders instead of you 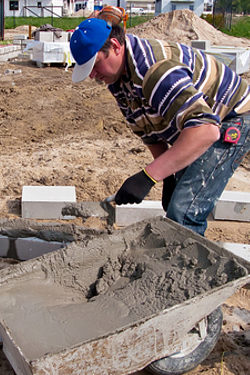 THE government is to boost the economy by giving £1bn to some builders instead of you and your friends. He will probably give some of the money to the BNP

The money will be used to keep labourers busy but will also have the knock-on effect of boosting sales of the Daily Star, cheese and onion crisps and full-fat Tizer.

A Treasury spokesman said: “Labourers are usually the first to start knicking stuff if they’re sat around twiddling their thumbs for too long.

“We thought we’d better throw up a few bridges and a couple of power stations before all kinds of shit goes missing.”

He added: “Serves you right for passing all those exams.”

But newly qualified ballerina, Sophie Watson, said: “Why not invest in ballet? We could employ 35,000 more ballerinas who would then pay income tax and spend loads of money on toe cream and taffeta.

Meanwhile experts said that while the £1bn of infrastructure investment would keep wide-knuckled mono-browed labourers off the streets and help their bosses buy new Range Rovers, very little money was likely to find its way back to the public purse.