Trauma of having to endure her nauseating self-justification may explain why ex-Mirror editor is the way he is, say experts. 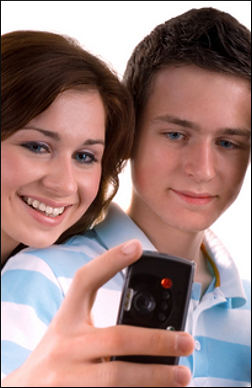 CHILDRENS’ constant use of screen-based technology is making them much less of a pain in the arse, it has emerged.

Televisions, laptops and smartphones are increasingly eating up the time which under-16s would previously have spent being enormously irritating.

“This is great news for parents who would otherwise be picking them up from parties at unsociable hours then watching helplessly as they regurgitate cheap cider all over the back seats of the Mondeo.”

“You may think that’s a bad thing but at least they won’t be shitting all over sand pits.”

Mother-of-two Emma Bradford said: “My children have become quite obese because of their screen-staring lifestyle.

“Which means my husband and I can fuck like hyenas without danger of interruption because our bedroom’s up some stairs.”

Tom Logan, 13, said: “Apparently, because I play it constantly I am liable to emulate the kind of violence portrayed in Resident Evil.

“Which means that if there was a zombie outbreak, I would be able to kill the zombies. Surely a positive thing for all concerned?”