Britain’s drones say they’d gladly pay upwards of £1000 per day to go to their jobs.

Game of Thrones 'all just a dream' 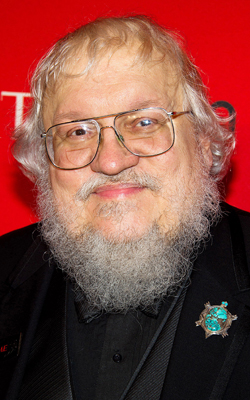 AUTHOR George R R Martin has revealed that his Game of Thrones saga concludes with the revelation that it’s been a dream all along.

Speaking at an HBO press conference, Martin revealed that the long-awaited sixth book in the A Song of Fire and Ice series – commonly called the Game of Thrones books – reveals the whole story to have taken place inside the mind of a sleeping office administrator.

He said: “A Song of Fire and Ice Book Six: Ray’s Day will focus on this guy Ray who’s just woken up from this long, weird convoluted dream about a place called Westeros.

“Obviously none of the storylines from the preceding 6,000-page dream sequence will be tied up, because they don’t matter. All that shit will just stop.

“So we’re left with this person Ray, who works in an office processing insurance claims. He’s got some girlfriend and money problems, issues with his parents. It’s just about his life really.

“You didn’t seriously think I was into dragons, monsters, direwolves or whatever the hell they’re called? Come on. I’m a good writer.

“That was just a ruse to build up a readership so I could move over into serious contemporary fiction. To be honest, I found the whole thing utterly tiresome.”

He added: “Especially that fucking dwarf.”