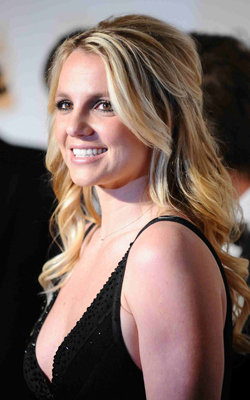 POP legend Britney Spears has followed the pattern of an abused child becoming an abusive adult by becoming a judge on the American X-Factor.

Spears will stamp on the dreams of teenage girls just like her younger self at the audition phase, before systematically shattering the self-esteem of the hopefuls she mentors in the final competition.

She is said to be ‘thrilled’ to work with Simon Cowell, who is the very image of the father-figure label bosses who pimped her to MTV, exploited her nascent sexuality and then threw her away like a deflated rubber doll.

“I was a chart-topping star worldwide aged 17, I was forced to annul my marriage by my manager aged 22, and lost custody of my children aged 26. Who better to teach kids what it takes to make it in pop music?”

Britney is expected to be initially warm and welcoming to the contestants she mentors, promising to do anything for them, before calling them lazy, useless idiots who don’t deserve this great opportunity, and finally hugging her protegés while weeping and telling them she’s only cruel because she wants them to succeed so badly.

Simon Cowell said: “The original pop princess is going to dish out contradictory praise and punishment just the way she received it herself all those years.

“Whether she’s having a shrieking fit, a crying jag, or making the kids snort amphetamines to stay awake for interviews on German breakfast radio, I’m confident she’ll be exactly the mentor they need.

“If only she had a cock they could suck, she’d be perfect.”