Joseph Rowntree Foundation asked children aged between 13 and 16 why they get riotously pissed and did not blink an eye when they all blamed their parents.

Failing schools asked how you mess up colouring-in 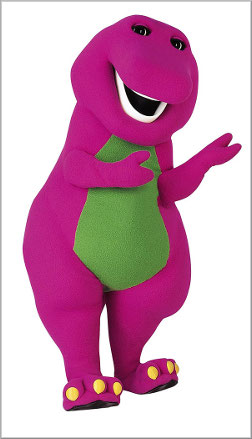 HEADMASTERS of failing primary schools are to be quizzed on what is so difficult about three-piece jigsaws.

As 200 state-funded crèches had the word ‘academy’ hastily painted above the door, ministers insisted something was finally being done about children who are unable to count higher than their own age.

A spokesman for the department of education said: “Once the painters have left we’ll be popping inside to ask the teaching staff whether they can write the word ‘unemployed’ using joined-up letters.

“After that we’ll be testing their basic numeracy skills by asking them which they think is the bigger number – the pay packet they receive for popping on a Barney the Dinosaur DVD and having a bit of a kip or Jobseeker’s Allowance.”

The scheme was proposed after tests showed that one in three pupils responded to the question ‘What is the capital of Britain?’ by soiling themselves.

A spokesman for the National Union of Teachers, said: “If you think I’m going to respond to this by trotting out the usual mantra of ‘training’ and ‘more money’ then it shows you’ve been paying attention and can award yourself a gold star.

“Do you ever stop to think how we feel having to spend all day with these cretins? Perhaps that’s something for you all to consider when we’re on strike.”

Officials said that if the current renaming scheme fails, the government will continue to rebrand primary schools on a fortnightly basis with options including ‘Laboratoire’, ‘Duncetaria’ and ‘McThickies’.