'Straw Dogs' to be remade on ice 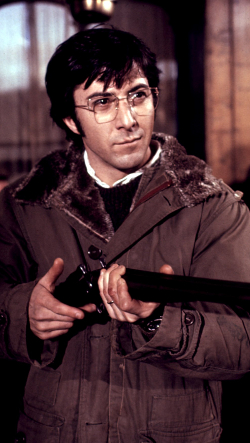 STRAW Dogs is to be resurrected as a family friendly Christmas ice show.

Sam Peckinpah’s notorious 1971 film starred Dustin Hoffman, Susan George, and one of the ones out of Porridge.

And the blonde woman out of Man About the House.

Producer Julian Cook said: “The story has enduring appeal. Boy meets girl, boy loses respect of unreconstructed Cornish male community, some other boys meet girl, then the first boy kills the other boys with a shotgun and a mantrap, which he has lying around the house for some reason.

He added: “We’ve tried to tease out some of the lighter side of the original. In our version, the gang-rape is largely – though not entirely – replaced with an exciting skate-off and the man trap is played by Christopher Biggins”

Cook could not confirm whether Straw Dogs on Ice was the most horribly disturbing thing you could pay to see as he did not know if Mamma Mia was still running.