Google chief Sergey Brin warns there is every possibility he can no longer be stopped. 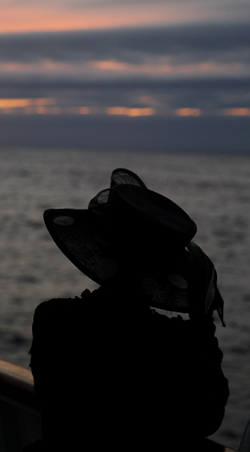 Poignant images from the sunken wreck tell, for the first time, an all too human story of people with feet.

The photographs, taken in 2004 but only released now because of their graphic nature, show how the doomed passengers on the tragic liner were very similar to people who have feet today.

Martin Bishop, a Titanicologist, said: “We often forget that the Titanic had people on it. These amazingly tragic photos show how very real these people were and how easily many of them were able to move around.

“We used to think that 100 years ago people had wheels instead of feet and that they found these wheels very difficult to control, resulting in thousands of horrific accidents.

“Now, thanks to these poignantly tragic images, not only do we know that feet were widely available, it enables us to relate to them in a very poignant way.

“Who among us has not taken their shoes off next to the bed and then looked at them and thought ‘I wonder how long they would last in very deep sea water?’.”

He added: “These shoes are quite big so they probably came from a rich passenger. In 1912 poor people had very small feet. Because of coal mining.

“We also have a photo of a poignant hat but we can’t show you that because it’s still too graphic. Maybe next year.”