Speaking from the front garden of somebody else’s house and dressed as a Roman centurion, he said he was satisfied with his officiating during the FA Cup semi-final at the Crucible in Sheffield.

Atkinson said: “For Chelsea’s second basket, Cudicini was clearly lbw so I had no choice other than to award Spurs a ten-second time penalty and sin bin their cox for ten minutes.

“I spoke with both managers after the race and neither Alex Ferguson nor Alf Ramsey had any complaints. My report will be submitted to the FA just as soon as I can find the magical door at the back of my wardrobe.”

Meanwhile, Chelsea will celebrate their victory by opening a lack-of-charm school for football fans hoping to brush up on the finer points of what the club have branded ‘Twatiquette’.

Located in the grounds of their Cobham Arsehole Centre, students will be taught on the finer points of race relations, marriage vow loopholes and reasons for not keeping your fat, cretinous mouth shut for a single minute.

Tutor Wayne Hayes said: “We will be accepting students on scholarships from poor backgrounds if they show exceptional promise on being a godawful pile of fuck.

“But generally speaking our alumni will be potbellied Surrey taxi drivers who would be Daily Mail readers if they did not think reading ‘made you some kind of poof’.”

Adverts for the centre will soon appear in spray paint at locations across the globe, including Ground Zero, the Cenotaph and all newly-erected headstones in the UK over the next three months.

It's not that much fun, say horses 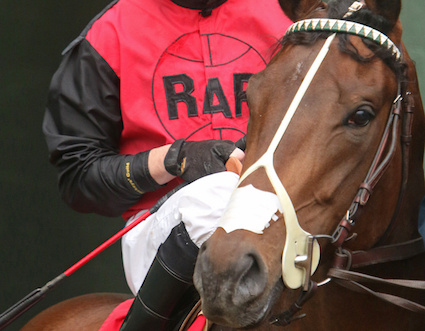 HORSE racing is okay, but you really have to be in the mood, horses have confirmed.

As British humans looked forward to their favourite horse race, horses across the country urged people not to assume they know when a different species is enjoying itself.

Tom Logan, a 14 year-old horse from Stevenage, said: “Most of us like a bit of a run now and again, but not all of us and not as much as you think.

“For instance, my half-brother Geoff is a fat, lazy prick.

“Of course that doesn’t stop some middle class idiot clambering on top of him twice a week and thrashing his arse with a stick.

“I said to him ‘Geoff, Tory MPs pay good money for that’. He told me to go fuck myself.”

Logan added: “I’m fond of a gallop, but on my own terms, d’you know what I mean? If I wake up and find myself in the mood for a jog do you think I really want to have a little Irishman sitting on top of me while I do it?

“Do you think that makes it perfect?

“Anyway, just make the fences smaller, you bunch of dicks.”