Whatever happened to 'f*ckstick'? asks everyone 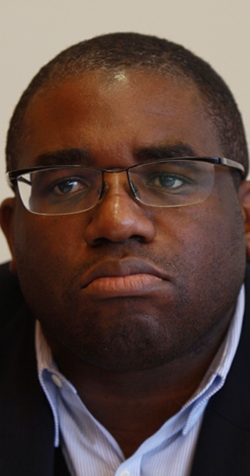 A SENIOR Labour MP has blamed last year’s riots on parents failing to introduce their children to violence as quickly as possible.

David Lammy believes Labour’s anti-smacking law has left an entire generation unfamiliar with beating and that a brutality-free childhood meant that they had no idea that violence can hurt shops and people.

Lammy said: “If only these teenagers had been made familiar with the seductive, addictive power of violence earlier, perhaps by having the piss beaten out of them by a parental authority figure, then they would have understood how dangerous it can be.

“Unfortunately this has led to the sort of softly-softly liberal parenting all too common on Tottenham council estates, where a discussion about whether to smack little Hunter will last a whole dinner party.”

Dr Julian Cook, of the Institute for Studies, added: “The curriculum at your average inner-city school centres around Buddhism Theory, Peace Studies and Love. These children didn’t even know glass shatters when you hurl a brick at it.

“Their laughter when shop windows broke into glittering shards with a lovely tinkling noise was the laughter of childlike disbelief.”

Manchester rioter Donna Sheridan said: “I wish my parents had taught me, by the regular application of kickings, that violence is not to be used under any circumstances.

“Because Labour stopped my parents hitting me, I have no notion of right and wrong. When I ran from Foot Locker with armfuls of trainers I assumed the money would somehow be debited from my account.”