Can it ever be morally right to stop drinking after four pints?

YOU’RE four pints in. The highlight of your evening is behind you. But is it ever ethically defensible to say ‘Right lads, I don’t want to spend another 30 quid to feel like shit, I’m off home?’ Take our quiz to find out.

Are you a killjoy?

A) I’m not a killjoy, I’ve just had enough that’s all. I don’t want to end up like last week when I went all the way to the nightclub just to be chucked out for throwing up in the smoking area.
B) You’re a fucking killjoy is what you are mate. Si, get him another drink in. Put a Jägerbomb in it.

Are you abandoning the lads?

A) The ‘lads’ are all well over 30 and can handle themselves, unlike me, who was found trying to get a night bus that turned out to be a National Express to Hull a fortnight ago. The ‘lads’ will be fine.
B) You’re abandoning the lads. You’re abandoning the team. We have to stick together in this world full of fuckers, you know that. Is that twat on the pool table looking at me?

A) I don’t have a girlfriend. She dumped me after you put photos of me with that stripper, that I don’t even remember meeting, on their WhatsApp group. I just want to be alone.
B) Pussy-whipped, he is, TCH-KOW! He must be back with her, or on a new one more like! Dirty bugger, have a drink, tell us all the details.

Mostly As: You have attempted to argue that it could be morally right to leave after four pints, but your argument has been defeated.

Mostly Bs: He tried to say he was going home, but I put a stop to that. Fucking lightweight. Where is he now? Fell in the canal? Classic.

How not to be Madonna when you hit 60 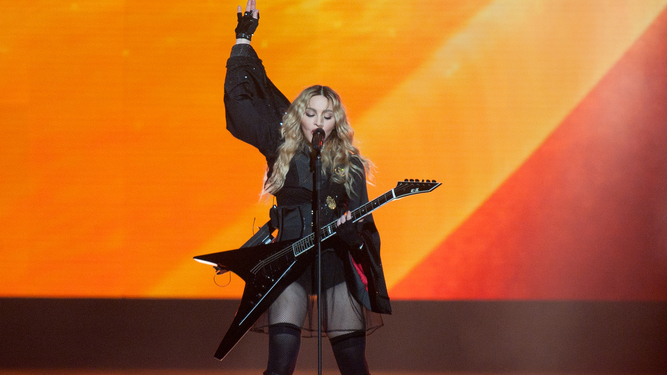 ARE you wondering if you should be like Madonna when you hit the big 6-0? The answer is probably ‘no’, so here is a guide to not being an ageing pop megalomaniac in later life.

By all means wear youthful clothes but try to be age-appropriate. Avoid going to the library in six-inch stilettos, a black leather thong and a bondage harness.

Try not to flirt with lesbianism to get attention. Snogging your friend Audrey at a Women’s Institute meeting will put everyone off their ginger cake and really it’s a bit insulting to people who are sincere about their sexuality.

Don’t seduce a string of much-younger male dancers while your husband Geoff is pottering about in the shed. You know what his blood pressure is like.

Avoid being obsessed with looking the same as you were 35 years ago. The odd Botox treatment can be a great confidence booster, but your grandchildren will freak out if you start looking like a prototype android.

Get a worthwhile hobby, maybe creative writing or volunteering. Don’t make a series of pisspoor films that are clearly embarrassing vanity projects made worse by your total lack of filmmaking knowledge.

Don’t go on a punishing 60-date musical tour in which you grimly try to do everything a 25-year-old trained dancer can. If you put your back out it’s your own fault.

Try not to show people your arse at every opportunity. This is nothing to do with being 60, it’s just fucking abnormal when anyone does it.