I haven't had a drink all morning and I feel great!

I FEEL good, I feel clean. I have been a long 12 hours without alcohol, including being asleep.

I’m not saying it was easy. The toughest hour to get through is between 10 and 11am. The fridge is just yards away. That can of lager is beckoning you like a temptress. You can almost hear the ring pull whispering “Pull me, pull me!”

But I summoned my last reserves of spiritual power and self-denial. I did deep-breathing exercises. I drank four pints of slimline tonic. I stared at the hour hand on the clock, willing it on like the train in The Little Engine That Could.

I know I can make it till 12 o’clock. And if I can do it, you can. You just have to believe in yourself. Believe that you can subsist on cereal and non-alcoholic liquids for four hours.

Know in your heart that this will all soon pass, that however slowly the time seems to drag, it will be 12 o’clock quite soon.

Keep your eyes on the prize. First, the sense of achievement. Second the ‘pssscchhh’ as you finally open that much-deserved can of Kronenbourg, or the pleasing ‘crack’ as you unscrew the first bottle of wine.

There is no greater pleasure than an earned pleasure. The next 12 hours will fly by but try to savour them, for the battle to not get wasted until lunchtime begins anew tomorrow.

Bros before hoes, and other dating advice from terminally single people 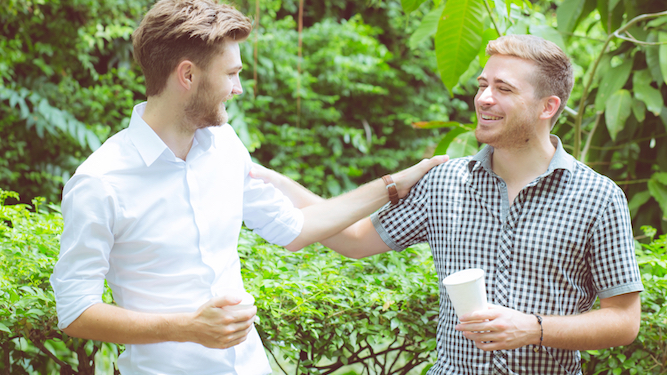 WANT to spend the rest of your life alone without even a whiff of romance? Follow this advice from permanently single twats.

And for the sake of equality: chicks before dicks. There’s a time and a place to prioritise your friends, but people who say this will think you’re under the thumb because you drove your partner to A&E instead of coming to the pub. And they’ll make that whip-crack sound when you explain.

In theory, a bit of playful teasing can create a passionate frisson. However this tactic is often taken to an extreme by cretins who haven’t been on a date in the last decade. It’s as if people don’t find being ignored and publicly humiliated romantic. Weird.

Wait three days before texting them

Chronic singletons say this stops you looking desperate, when in fact it just makes you look like an uninterested prick. Follow this advice and you’ll only have yourself to blame when your date inevitably meets someone richer, fitter and better at communicating in the meantime.

Play hard to get

A slight air of aloofness could make your crush work extra hard for your affection. Or more likely, they’ll think you’re stuck up and not worth the effort, then before you know it you’re in your late 40s with nothing to show for it except a Tinder Plus account and no matches.

The worst dating advice of all. Your real self stays up until 2am watching YouTube videos of what the world would be like if the Nazis won and must never be glimpsed by another soul. Create an artificial yet pleasant facade and get yourself locked into a doomed relationship like everyone else.